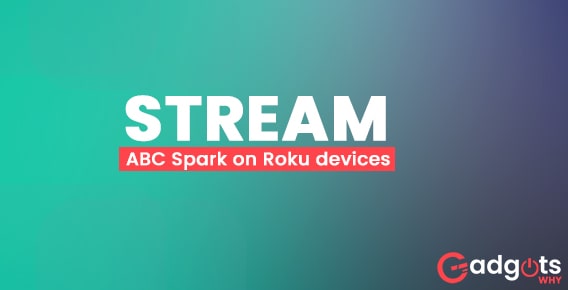 When it comes to the content that is being watched, there are different varieties when it comes to different age groups. One of the biggest segments of these audiences is the young viewers. The channel that provides the exact type of content which appeals to these audiences experiences one of the highest viewership numbers. If you too identify as a young individual looking for some good quality content then we have found the channel which will suit you the best. The name of this channel is ABC spark. It specializes in adult content that women who are between 18-34 years of age relate to the most. While being unavailable for a long time, the ABC spark channel has now been added to the long list of channels that can be watched on your own Roku device.

What is ABC Spark in the first place?

Just like its parent company ABC, the ABC spark channel is a 24-hour channel. It intends to provide the same value as ABC and build the fan base as exists in Canada. As it is a Corus brand, it contains intuitive and addicting content to users which in numbers have started crossing millions. Users get access to critically acclaimed shows like Greys’ Anatomy, Pretty Little Liars, Scandal, and many more that will get you instantly hooked.

While there are many shows which are sure to catch your eye in the long list available on the ABC Spark app. A few we are mentioning below are the ones we feel you will like the most:

The show revolves around a group of young nannies who work for the high-class rich people in a luxurious zip code which is considered one of the world’s most affluent. It is an American television series that is telecast on ABC Family in the United States and also on ABC Spark in the country of Canada. It started airing on July 11, 2012.

Kevin from Work is a Workplace comedy show that shows a young man who has announced his love to a colleague just before he takes up another job. To his surprise, he finds that his offer has been revoked and now he is stuck with his own crush. It has been airing since 2015 and is quite popular.

It revolves around Paul Hennessy who has grown used to his wife Cate who takes care of their children including a son and two daughters. When Cate makes a decision to get back to work, Paul decides to get a job as a local columnist and gets the responsibility of helping out with the kids. These kids have now evolved into hormonally-challenged teenagers.

It is the story of Blossom Russo who is, in the plot, a highly intelligent and determined teenager. She is the youngest among three siblings and lives with her father who is a divorced musician, Nick. Her eldest brother, Anthony is recovering from substance abuse and also decided on a brother Joey who is not-so-bright and in middle age. Along with these, for the ride is Blossom’s crazy best friend, Six, who is sometimes used to showing flashes of great perception.

Bartender Ben comes home one day and he is left baffled to know that one of his ex-girlfriends left a little baby girl on his doorstep leaving him completely clueless. This adds to Ben’s family or turns his life completely around as he is not used to having a family at all. Being a New York bachelor himself that too just in his 20s, his lifestyle just cannot fit being a single dad. After many rounds of thinking, Ben makes a decision to take care of the baby with some help from his close friend Tucker, brother Danny, and mom Bonnie. Also, a law student Riley who once used to be chubby but now is slim wants Ben to give her some attention, but it’s Danny who gives it.

How should I watch ABC Spark on Roku?

As of now, there has not been a separate channel for ABC Spark in the Roku Channel Store. That being said, you can still get access to it by making use of the VMedia app on Roku. This is so, because it comes as an add-on channel with all the VMedia subscriptions available. You just have to visit VMedias’ official webpage through using any browser on your mobile or laptop or tablet by creating a new VMedia account and then following these simple steps,