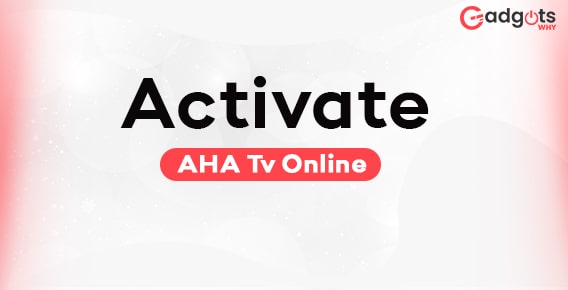 How to Activate and watch AHA TV online?

Home » How to Activate and watch AHA TV online?

Aha is a Telugu and Tamil-only entertainment platform with a diverse selection of films and original web shows. Here’s how to activate AHA TV app and use it for the first time. To get started with the aha app on your choice streaming device, follow these simple steps to activate, watch, and download Telugu and Tamil movies and web series. Let’s begin!

aha is a Telugu and Tamil-language subscription video-on-demand and over-the-top streaming service based in India. Arha Media & Broadcasting Private Limited, a joint venture between Geetha Arts and My Home Group, owns the station. On January 25, 2020, the service was soft released, and on March 25, 2020, it was formally launched, coinciding with Telugu New Year (Ugadi).

Allu Aravind admitted to being enamored with the digital world and developing a binge-watching habit. Soon after, he had the notion to develop a streaming portal dedicated entirely to Telugu material. He then presented the idea to his family, who were supportive, and this led to discussions with Rameswar Rao Jupally, who joined the enterprise as a partner. The platform is led by Ajit Thakur. The Tamil language version of Aha was launched in February 2022.

Arjun Suravaram, Kaithi (Telugu dubbed version), and Choosi Choodangaane were among the first films that the service acquired digital rights for.

Kotha Poradu, Shithappens, and Geetha Subhramanyam 2020 were among the original scripted content that appeared on the service during the soft launch. Krish’s Masti premiered on February 8, 2020. The scripted original material featured 25 original series in the first year. Sam Jam, a talk program hosted by Samantha Akkineni, premiered on aha on November 13, 2020. For the year 2021, Aha plans to deliver over 50 original shows. Unstoppable With NBK, a talk program hosted by Nandamuri Balakrishna, was named 5th among the top 10 reality shows on IMDb.

During the COVID-19 epidemic, the following original films debuted on the service; most films with intended theatrical premieres have been switched to online releases. Many films have been acquired by Aha and will be shown as Aha originals.

Install and activate the aha app

So, this is the process of installing the aha app on any television, or you may install it on any Android or Smart television. So you’ve got the Aha app installed on your TV.

Also Read: Money Heist Berlin was a lot more than a character

You will be perplexed as to how to activate the aha app on your television. Don’t worry, we got you. Just follow these steps:

That’s all as we conclude this article on step-by-step directions to activate aha TV online on your streaming device. Thanks for reading!