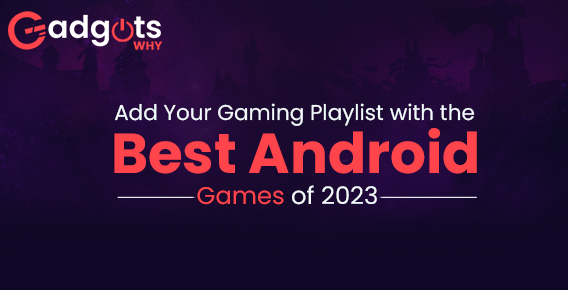 Add Your Gaming Playlist with the Best Android Games of 2023

We are almost halfway through 2023 and there have already been a notable number of games that have made gamers go gaga all over the world. Gaming is one of the most rapidly evolving entities in the world of technology and posts the launch of smartphones, the figures have risen exponentially. Who doesn’t want the best games in their gaming library to play during the much-needed breaks in these times?

Take a look at the newest most talked-of games of the year and add them to your gaming list!

Dreamotion Inc. has brought a splendid samurai game to android platforms. It revolves around the life of a Samurai. The Ink and wash painting style graphic design of the game along with vastly customizable characters make it addictive. There is a surreal experience that awaits the user in this fighting game.

Post the success of WCC and its sequel, NextWave Multimedia launched the 3rd installment of the game. World Cricket Championship 3 has incorporated the salient features from its predecessors and added new career modes along with other game modes to it. Though it was launched last year, major updates and stability have been added this year making it more of this year than the previous one.

Ubisoft games have brought a complete delight for South Park fans. Experience South Park live you never have in this strategy-based PvP game with loads of characters and arcs. The story mode is what makes it amazing and true South Park fans call this game nothing less than Nirvana.

For those of you who are into simulation and adventure games, Walkr is just the right game. Fourdesire has come up with a unique game where an astronaut has to go about completing tasks in outer space. The gameplay is engrossing and is hard to resist once you’ve begun.

If you’re really into action-packed fighting games with a touch of superpowers, Super Action Heroes Stick Fight might just be the game for you. The figures might appear to you like regular stickmen but they have a lot more than what meets the eye. The wide range of superpowers and gameplay elements make this game a must-have especially if you’re low on storage.

Another genre which is quite popular today is the puzzle genre and if it comes with a Tintin story along with it, it’s simply blissful. Multiple puzzles need to be solved to proceed in the story. The game has received quite a lot of support as well. Tintin fans all over the world went gaga over this game. The arcade approach it has, adds a major fun element to the game.

Cyberika developed by Kefir! is a captivating adaptation of the Cyberpunk 2077 game available on PCs and Consoles. Though the RPG style is similar, the level of action, story, and other aspects need not be as good as the original game itself. The game, however, does a great job to mimic its original version.

Pro Evolution Soccer has been one of the most popular football games in the contemporary gaming world. Konami mobile brought this game to android and IOS devices in 2017. Since then, it has seen a rise in downloads on Playstore. It has also been nominated as the editor’s choice game on Playstore and has crossed 50 million downloads. eFootball PES 2023 is perhaps the most ambitious soccer game for android devices.

ZITGA brings one of the most ambitious crossovers yet. Stickman Legends: Shadow Fight has some promising gameplay along with a gripping story arc. The game has crossed over 10 million downloads and has been nominated for the editor’s choice game on the Playstore.

Though this game is yet to roll out, the pre-registration kicked off a couple of days back and it sure to be the most talked about game of this year. Replacing Playerunknown’s Battlegrounds (PUBG), Battlegrounds Mobile India has been developed by Krafton Mobile and has claimed to abide by the guidelines of the Government. It is just a matter of time before the internet is taken by storm courtesy to this game.