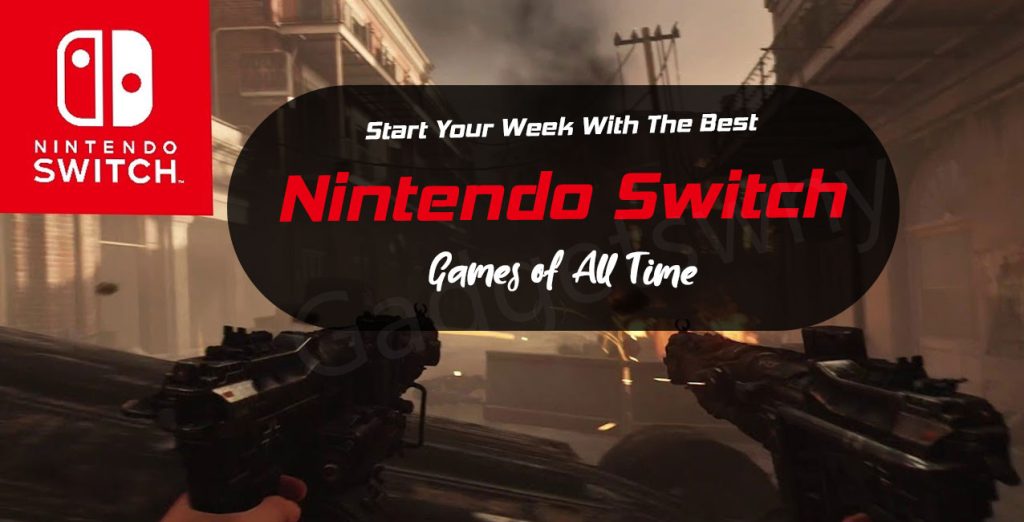 For those who are looking to start their week with the best Nintendo Switch games of all time, then this is the article for you. With Nintendo Switch, you will also have a huge and varied game library access, that consists of Nintendo’s first-party exclusives, such as Animal Crossing, also Diablo 3, which is a third-party blockbuster, and some other inventive indie titles that will leave you awestruck. These you can consider, are probably the best games of Nintendo Switch of all times. You will have a great variety of choices that will make you spend more and more time scrolling down the Nintendo eShop, which you can find a bit frustrating.

List Of  Some Best Nintendo Switch Games of All Time

Animal Crossing: New Horizons is the first new entry that is playable on the Nintendo Switch and, also in the mainline Animal Crossing series for eight years approximately, it is a worth play game. This game takes you to a kind of deserted island. In this game, your job is to make and maintain the island to be a top resort, which will attract new islanders to make it clean and presentable in such a way that it will attract them all, making your island a tropical paradise.

Here is the package of RPG adventure which is awesome, and should not be missed. The Pairing Planescape Torment with Icewind Dale or the two Baldur’s Gate games has enhanced editions for the Nintendo Switch, which makes four classic PC role-playing games, which can be made playable on the console for the first time. You might feel here that the gameplay and visuals are kind of slower vintage and its controls may take some time to get used to. But all in all, if you want to play an unmissable history lesson in role-playing games, and have a desire to settle into some unforgettable stories and choice-driven play, then these are a perfect choice and excellent-value bundles that you must play.

This game got released back in 2014, and it wasn’t easy for everyone to get the chance to play and enjoy Bayonetta 2, but due to its Wii U exclusivity, it became accessible. And now, it has become one of the best Nintendo Switch games, and is finally reachable to its wider audience. Bayonetta 2 is an amazing game, having fast-paced and satisfying combat, jaw-dropping animations, and frankly outstanding fashion choices. And also, it would be better if you purchase a physical copy of Bayonetta 2, with this game you will also get a free download code for the original game. This game is a lower level for Bayonetta 3, so for those who want to play that, as it is in development for the Switch, it will be a great way to prepare yourself for Bayonetta 3.

It is one of the best Switch games, and is universally acclaimed as a brilliant indie hit without any doubt. It is a kind of spin-off of Crypt of the Necrodancer, a rhythm-based rogue-like that marks your time, your moves, and attacks to the beat of the music. Although, this Legend of Zelda Zelda-themed follow-up places the action in Hyrule itself also lets you play as either Link or Zelda.

It is the best mix of classic top-down Legend of Zelda games with a groovy, musical feel, and slick animations to match, it is the rhythm-based Zelda game that you ever want to play.

This game has been developed by the developers of Towerfall, Celeste follows the story same as Madeline, in this game, you will have a young girl who prepares herself and decides to face her mental illness by climbing to the top of the mysterious Celeste Mountain. And like this, she learns about herself, also about the mountains throughout this game journey. Since it is a non-changeable classic, this  Celeste game integrates the obvious jump, air-dash, and climb controls into a brutal series of platforming challenges in upwards of 700 unique screens. And if you find this easy and can do that in one go, then you will surely unlock B-side chapters along the way, it has been only designed for the most intrepid of hardcore players. Here there is no point in being worried about the eternity between each respawn, as Celeste gets you back from the grave in an instant, it also has a welcome departure from the typically extensive load screens. To be truthful, it is one of the best Switch games present in the market, and also one of the best indie games as well.