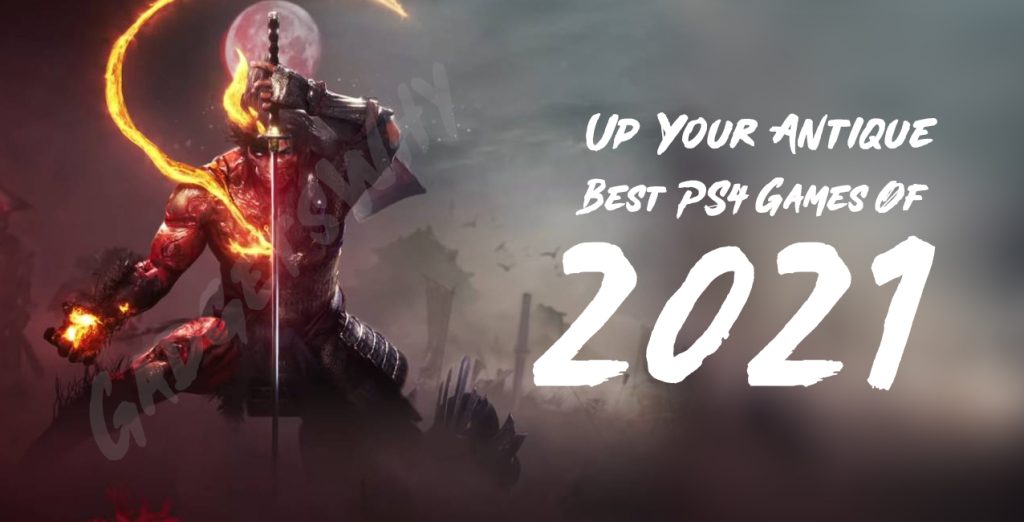 Up Your Gaming Antique with Best PS4 Games Of 2023

Home » Up Your Gaming Antique with Best PS4 Games Of 2023

When you buy a game, what do you look for? Eye-popping graphics? Sublime? Hollywood-toppling plot? The reason to ask is that a couple of other potentially purchase-altering factors have raised their heads this month – realism and originality.

With realism, it’s a split decision dependent on the game. Sometimes you want to race a Dodge Viper around the Laguna Seca Raceway and have it at least simulate the physics of the real thing. Other times, you want to pilot a moonshine-powered silver rocket on a strange planet. You pay your money, you get a nice game, and that’s it!

Originality Is another matter. All very nice but do we want hamburger recipe games and airplane boarding mundane games (and yes, both exist) purely because they’re original? Should we turn up our noses at the Resident Evil Franchise or any other sequel just because they’re sequels ‘not original? A weighted example but it does raise a few issues.

As we inch closer to completing half a year, many of us are expecting new releases or re-launches that are just around the corner. Putting offside rules aside, at its core games must be simple if they are expecting to catch the eyes of many. That simplicity does not equate to easy, but being compelling enough to keep coming back and quick enough to be bite-sized.

It’s hard not to be impressed by the work developers put in to align our needs and offer captivating ways to experience new worlds. Frankly, it sometimes gets overwhelming as you scroll through millions of games just for that one you like most.

So, we have decided to put it all together and bring you a list of the best PS4 games of 2023.

Let’s kickstart the list of the best PS4 games of 2023 with this perfect action-packed game.

Combined with chunky visuals, elegantly animated characters, and punchy animation, it’s impressive how a more than 2 decades old franchise can still feel refreshing when presented differently. Far Cry 6 is a master of visual flair and stylish combos, but one thing you will immediately notice is how focused it is as compared to other games in the same genre. Time to return to the wastelands of the great ruined cities and towns with your gang in Far Cry 6. Featuring refined and top-notch visuals that cleverly use fast-paced gameplay to ensure those gunfights feel as real as they could get. You start from scratch and figure out the logistics as you pray for a win.

A funky synth soundtrack, a Sonic-like sucked into a computer world setup, and a promise of wielding a ‘techno sword’- it’s really hard not to be drawn by the extremely captivating visuals of this dystopian-styled game. It’s another pixel-art side-scrolling game, but the studio delivers it with utmost authenticity. The art of making a seemingly ornate character covered with an articulate clothing design is visually appealing. Unlock new environments, gather new items as you move to new levels. The more levels you complete, the further you get addicted to this game. The cult-like status is ever-loving that will keep you captivated and wanting for more until the end!

Front-loaded with lots of likable avatars, it’s just a joy to spend time racing with your friends and family. Each race has a simple and eloquent design that lets you choose boarding grades as you race. You are either stream rolling over everything or getting cornered by the opponent with a wealth of status ailments. Looking like a cross between Destruction Derby and a child’s birthday party, this snow riding multiplayer game will get your heart revving as you tilt past the loading screen. Controls are the size of arcade loveliness. Gleefully dive into the colorful world of madness. You can choose from different modes and styles that complement you the best.

How is it possible that we talk about gaming antique, best PS4 games and not include racing games! The core style of this game remains the same but the improved graphics, powered incidental cinematics, and improved physics are all here to refine your experience. The mobile game will startle you with its reinterpretation of the NASCAR-like racing world. And the localization allows every player to endear themselves to triumph the grid. It goes far beyond the rehashing familiar beats and projects racing in a seemingly striking way. You get to choose between your favorite cars and even customize them with top-notch upgrades as you move forward in the valley. The game will be a great simulation experience for all the car enthusiasts out there.

Leaving the decks of the maw, the first game’s sinister setting, and its hungry zombies behind, this spooky follow-up signals a shift in the story. She of the iconic maxi dress is only along for a ride; zombie- the ghosts with a penchant for coming with a spooky soundtrack takes the lead to hunt you down. Do you hate games that render the same mundane gameplay? If yes, then Resident Evil Village is something you should have. Experience the exhilarating and graceful physics as you wander through the snow while helping people. The game has a solace tone to it that would immediately help you get that horrible feeling. Cold weather, jostle towns, ghostly hilly-billies. What else do you need to make a game exciting and fun to play?

Scorched air coupled with an overwhelming holiday cheer amidst minds, and the only thing that sounds appealing is curling up in the house with firewood at the minimum and Waiting for thirsty vampires to hunt down your children? Vampire version of a game just before the new-gen is announced. The pure, distilled, and characters of these action games are not just affixed tonight anymore. Brace as they come and hunt you down. The one thing that can help you survive this game is your sheer girth/will and strength to overpower your nemesis. One of the great survival games in this genre, you will always feel the tick of someone approaching as intense music kicks in.

So, that was the complete list of the best PS4 games of 2023. All the games in the list get bigger are ones that began, but it’s a staple of many PlayStation games. Strangely, many of today’s games wowed the gamers of yesteryear and were Game Asteroids considered to be state-of-the-art. So, in the future, we can all expect to keep an eye out for a shimmering twisty little diversion like Back4Blood turnie zombie thing through the alleys. If you see it, shoot it!