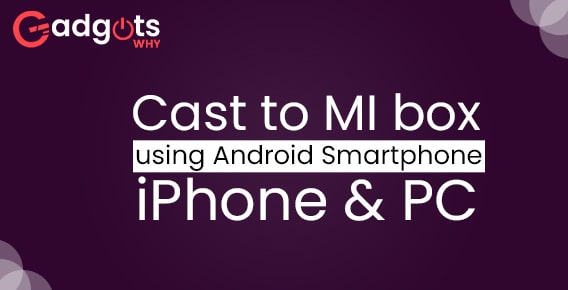 Without using a third-party app, cast multimedia to your Mi Box. So you are no longer required to watch your preferred movie or television program on your tiny phone. You can cast to Mi Box from an Android device, an iPhone, or even a desktop computer. You may even cast videos from well-known apps like Sling TV, YouTube, Vudu, Netflix, etc. by tapping the cast icon since this streaming device supports HDR quality videos. You can even wirelessly cast content from a small screen, like music, photographs, and more, to your Mi Box.

How can you cast content to MI box? You can cast content to the Mi Box from either your computer or smartphone. If you don’t want to sideload the software on MI Box, it is a useful alternative. But first, you need to prepare a few things-

Users of Android smartphones can cast content to Mi Box by using the built-in screencast feature. If you wish to cast media or a video from an app that isn’t cast compatible, the procedures listed below will be helpful.

How to Use the Google Home App to Cast Content from a Smartphone?

If your app doesn’t have a built-in cast feature, you should cast it to the Mi Box via the Google Home app.

If you wish to stream your complete desktop to your Mi Box TV, select Cast desktop.

Choose HDMI port connections if you wish to stream material from your Macbook. Even though there aren’t many apps that support AirPlay, the situation is still terrible.

Just that. On the Xiaomi Box, there are various options to cast and watch your favorite movies and TV shows. If you don’t want to use the Mi Box device space, casting is advantageous. If Mi Box isn’t casting, there might be a problem with your internet connection. Use a reliable internet connection on your TV.