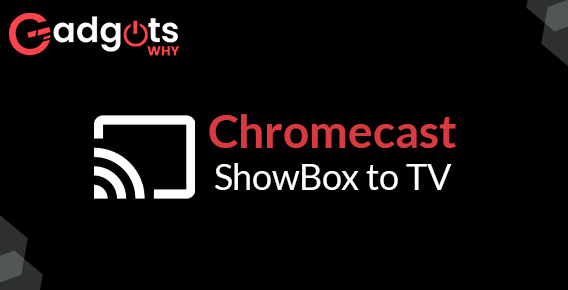 How to Chromecast ShowBox to TV?

Home » How to Chromecast ShowBox to TV?

Streaming services have grown in popularity in recent years. One of them is Showbox, which allows you to watch movies, TV shows, and documentaries on your mobile device. However, you may also watch that content on a large screen, such as your television. Doesn’t it seem intriguing? Continue reading to find out how to pair your Chromecast with your Showbox to watch entertainment. We’ll walk you through the steps about How to Chromecast ShowBox to TV?

Steps to Chromecast Showbox to TV

Showbox does not provide a built-in feature for casting media on your television. The workaround for Chromecast Showbox to TV entails a number of steps. To cast video material, you’ll need to download Growbox and a casting app after you’ve set up the Chromecast device on your TV. Here are the series of steps you need to follow.

Step 1: Install Chromecast on your television.

You must first have a Chromecast device and a Chromecast-compatible smart TV. To avoid support concerns, we recommend using the most recent Chromecast versions, either Chromecast with Google TV or Chromecast Ultra. In terms of smart TVs, Chromecast is compatible with any television set that has an HDMI connector.

How to Install Chromecast on Your TV and Android Device

As previously stated, using an external media player (Growbox) and a casting program to cast Showbox to a bigger monitor provides a solution (Allcast).

Rather than utilizing MXPlayer to broadcast Showbox video, the Growbox app has a cast feature that lets users to Chromecast to a TV. The ability to use an external media player is only accessible in the most recent version of the Showbox app.

Meanwhile, the screencast app will transfer the material to a Chromecast-enabled television.

Here’s how to install the essential applications on your Android device:

Step 3: Cast Showbox to your Chromecast.

You may also use an HDMI connection to connect your laptop to your smart TV and cast Showbox.

Change the resolution of Chromecast & improve its performance!

Showbox is one of the greatest applications for watching movies on the go. Its library contains all of the most recent and updated films. Cast Showbox videos to your TV by following the steps outlined above. You may watch the latest movies on your TV by casting Showbox. If you have any questions or comments, please leave them in the comments section.

Is there a PC version of Showbox?

Using this Add-on, you may install ShowBox on your PC and Windows 10. Showbox for PC is useful for accessing a large number of free movies and shows. You can easily watch your favorite shows by searching for them within the app.

Is the Showbox app still accessible?

Showbox APK was one of the most famous movie and TV program streaming apps. It was also a hit among FireStick owners. Since Showbox is no longer available, it only made sense to look for alternatives. Cinema HD, Popcorn Time, Tubi TV, Kodi, Pluto TV, Crackle, Stremio, and PlayBox HD are among them.

What is the process for Casting movies on my Smart TV?

Here are the instructions for Casting content from your device to your television
Connect your smartphone to the same Wi-Fi network that your Android TV is connected to.
Launch the app containing the material you wish to cast.
Find and choose Cast in the app.
Choose the name of your TV on your device.
Connect it to start watching the content.

Is it safe to use Showbox?

The Showbox program itself is harmless, however many users have unintentionally downloaded corrupted cloned versions of Showbox. To keep Showbox safe, pair it with a VPN that includes a malware blocker and virus protection, such as ExpressVPN, Nord VPN, Surf shark, and others.

How to Fix the Showbox Not Working Error?

Clear the cache and data. If Showbox is still not working after clearing the data and cache, you should reinstall it.
The Showbox app should be reinstalled or updated.
MX Player should be installed.
Uninstall any ad-blocking software.
Discover Showbox alternatives.