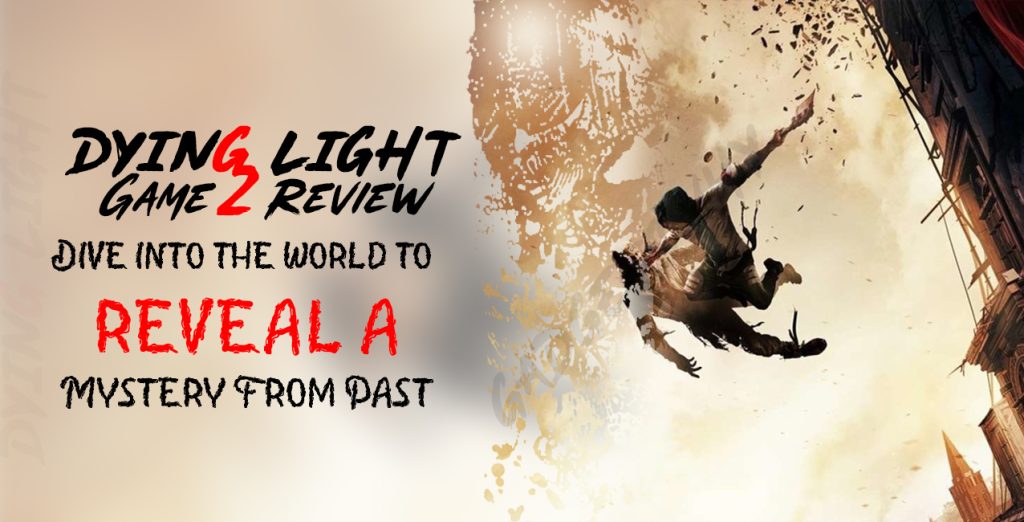 Similar to the original game Dying Light 2 also has the plot of let players go on a thrilling adventure all around in the city. The plot is the same as the previous one, the day-night cycle will continue while Zombies will attack in the nighttime. Nighttime has its one advantage which is High-looting merit which you can not enjoy in the daytime.

However, you would be amazed to know what else this game has upgraded and added apart from these basic tasks from the original game. The advancements have been made in the capabilities of Parkour, a larger map than the previous one along with the narrative options that will play a crucial role in the gameplay. The fact that has been previewed in 2018, that while players look for the NPC’s could get support from one or two factions. Two major things that included the world and resources of the game will be affected by that.

The other concern besides the Zombies. You would understand by acknowledging the word by Techland- “Plunder abandoned lairs infected at night, and discover the unexplored dark secrets of those who hold power by day”. What players need to do to select their preferring side and brief their stories.

Devices on which Dying Light 2 is going to release

Play Stattion4, Play Station 5, Xbox One, Xbox Series X, and on the Microsoft Windows. The Dying Light would this time come up with a thundering upgrade and it’s close to the finish line as well. It has been heard from Kirk McKeand the ThaGamerthat the reason for the delay in releasing the game was that the management was not up to par. It has been accused of having autocratic management which was not acceptable by the employees. Other reasons were not strategic planning and the workplace environment had become toxic for the employees working there.

The main aim is to enhance the chances of the world of Dying Light 2.  It’s an interesting update as it focuses on the choice of the player and makes sure that every choice will somehow impact the surrounding of the player. The main Game designer, Tymon Smektala stated that the entire game will be aking 15-20 hours for the main story. Other than this, everything else included in the world could take up to 100 + hours of gameplay in order to complete it.

In the previous game, it was nearly impossible to interact in any way with the environment but this game has taken the lead now. It features the likelihood of parkour allowing the player-environment interaction. Actions that have been included are climbing on vents, jump off from the buildings, swing on pipes, etc. The gathering and developing of the weapon using resources, part is similar to the previous one. It includes bizarre places having infected scavengers and works as prisons. The most compelling upgrade is the grappling hook which will let the player explore some amazing considerations in the world. This feature can also be used at the time of combat in incredible ways.

The entire game’s main storyline is the city could be ‘’ the end bastion of mankind in the whole world’’. As soon as a player bounces into the role of an outsider in order to explore its past. This game also depicts the power of darkness or nighttime. Infected shoot up powerfully and intimidating during nighttime. Other features like jump, sprint, and climbing remain the same as the original ones.

Another revelation of Dying Light 2’s gameplay. This one tends to be the more terrifying portion. In this players need to make rational decisions while proceeding with the monsters and choosing to hide from the monsters. This trailer definitely lightens up the scarier part of the entire game.

About Multiplayer feature of Dying Light 2

The reason that this feature works differently will totally depend upon the upgrade it has been come up with that every decision will deeply affect the surroundings of the player. 4 players can play together at most. However, it will only proceed collectively to host the game. This is the case in this game as Techland desires to return the repercussions according to the player making a decision.

For some choices will be on the most impactful side and there could be a chance where your teammates would have chosen something else and have different impacts. In terms of weapons, updates, and the repercussions will be the outcomes of your selections. Further, it could be unavailable once the player goes back to the world.

How to Pre-order Dying Light 2?

Do want to receive a bonus reward? Pre-order the Dying Light 2 right away. The bonus rewards consist of an exclusive skin pack that is known as a Unique reload skin pack. There are 3 editions in total that are available for the game- Standard edition, Deluxe edition, and Ultimate edition. Every edition has its specialty either in terms of an item or a higher price point.

The Dying Light Platinum includes all the things pf the original game along with the exciting DLC pack that had been released for Dying Light 2. The content of the DLC pack encompasses the 4 major expansions with the 17 divergent cosmetic bundles.

The list of content that includes skin packs, cosmetic bundles, along with the other bundles of DLC that is featured in the Platinum version-

There are no present-generation console versions of the Dying Light Platinum edition as of now. The game is available on PC, Play Station 4, and Xbox One except for any other upgrade. The version of Play Station 4 is available on PS 5 and the Xbox One version is exclusively available on series X and series S as well. However, there is no option of the upgrade available for the PC players they need to buy it on Steam or GOG.

The point to be noted is that the base version of DYing Light can not be upgraded to the Platinum edition. In order to enjoy the DLC pack with its offering then it’s time, you need to purchase the new set. There’s a discount which makes people willing to buy it, it comes down to $25 but hurries up, it’s for a limited time. In the case of Dying Light, you cant think it’s too much to give. It’s a great deal indeed.

Finally, the wait is over. Now the date has been out of Dying Light 2. We have summed up all the upgrades that will come up with the edition. Along with this, you have the option to get the Dying Light Platinum which has additional advantages. If you pre-order the game you will receive a bonus reward. Go, get yours now.