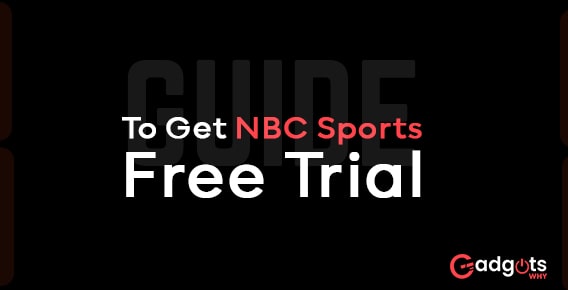 Are you also a sports lover looking for NBC Sports free trial? Do you also want to watch the future Olympic games for free? Well, if yes! You are at the right destination. While many will argue, that if you can enjoy something without spending money on it. It becomes even more interesting and awesome! In this article, you will learn about how to get NBC Sports free trial. Watching sports is one of the most loved activities across the globe. In recent years, telecasts of sports have made them even more appealing and approachable. Now, anyone can enjoy sports in the comfort of their home. That too without paying the hefty ticket prices. Before starting, let us first know something about the NBC Sports channel.

This is a very popular American Sports programming channel. It is a division of the NBC broadcast network. The NBC sports group operates and owns this channel, which is a subsidiary of Comcast. On this channel, you will be overwhelmed with all types of Sports programming. On this channel, you can find some of the most popular sports programmings like Major League Baseball, NASCAR, French Open, IndyCar Series, NFL or National Football League, Olympic Games, Notre Dame Fighting Irish College football games, professional golf, soccer leagues, racing games, etc. Hence, you can see that there is a huge variety of sports to watch on this channel. Hence, if you are thinking about how to get NBC Sports free trial, then keep on reading! Olympics

Where to watch NBC Sports?

You can watch the NBC Sports channel on many platforms. These include live TV streaming services, internet, Android, and iOS devices. There are many without cable TV services that provide NBC Sports channel. Some of these are Peacock, Sling TV, DirecTV stream, Hulu Live TV, fuboTV, and YouTube TV. These online TV streaming services are some of the best-sought options. With their subscription, you can watch the channel anywhere on any device. However, make sure that you are in the United States only. This is because the NBC Sports channel is not available outside the United States. With these subscriptions, you can watch the channel on your smartphones, smart TVs, personal computers, etc.

However, if you are wondering that it is the only possible way to watch NBC Sports. Then you need to read more. As a matter of fact, you can watch NBC Sports on any of the streaming devices like Roku, FireStick, Fire TV, Chromecast, Android, iOS devices, etc. You can download it from their respective stores and start watching.

A quick guide to get NBC Sports Free Trial

You can watch and enjoy NBC Sports on fuboTV for free. The fuboTV package includes NBC Sports among its list of channels. Since there is a 7-day free trial available. This means you can watch the NBC Sports channel on fubo TV for free! The price of the subscription is $69.99.

DirecTV Stream also offers NBC Sports as part of their entertainment package. This package costs around $69.99 per month. It is quite a popular platform and a good option.

You can easily find the NBC Sports channel on Sling TV as part of their Sling Blue Package. The price of this package is $35 per month. This is very economical when compared to most other online TV services.

NBC Sports is also available on AT&T TV service. The package costs around $69.99 per month. However, AT&T TV has been replaced by AT&T TV NOW. So make sure you are subscribing to the right platform!

You can also find the NBC Sports channel on Hulu live TV and YouTube TV. The price of the package is the same as the online TV services. The price is $69.99 per month.