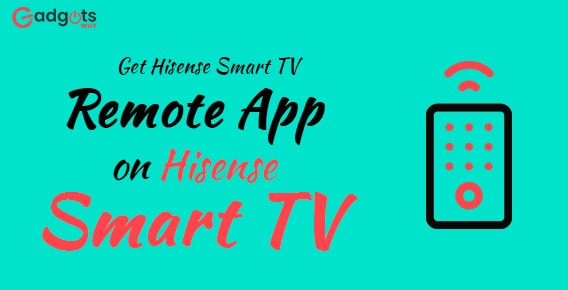 We’ll go through how to get the Hisense TV Remote App with Hisense smart TVs in this article. Hisense smart TV is one of the most feature-rich smart TVs available. This is a typical low-cost television brand. It does, however, pose a significant threat to other smart TV manufacturers. If you want to buy an HDR or 4K TV, Hisense Smart TV is a good option. Despite their inexpensive price, these TVs have plenty of things to offer.

This television also has a remote control app. Hisense Smart TV is divided into two sections. It all depends on the operating system you’re using. The Android-based Hisense TV and the Roku-based Hisense TV are the two options. As a result, here’s how to set up a Remote application for these two operating systems. (Also check out our guide to Connect Hisense Smart TV with your Phone)

How to get Hisense TV Remote App?

Hisense tv, as the market leader, has captured a large portion of the market and won millions of hearts. When it comes to buying a television, everyone looks for Hisense, so to meet public demand, they developed this Hisense Tv Remote app, which converts your smartphone into a Hisense Tv remote and allows you to control your television. This Hisense remote tv app allows you to be free of the burden of searching for the remote whenever you need it. All you have to do now is pull out your smartphone and download this Hisense Tv remote app to operate your television like a boss.

People have moved in large numbers from other brands to this wonderful, aspiring, and creative brand known as Hisense, which has become the all-time favorite of people all over the world. As a result, they felt that people would want an app to control these very brand television sets, so they have developed this Hisense remote tv for their users so that they can control their Tv sets from their mobile phones without any worry.