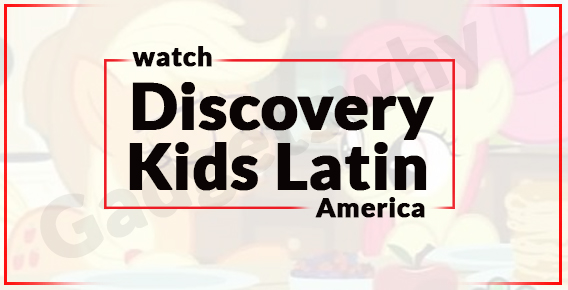 How to stream fascinating shows on Discovery Kids Latin America?

The station offers five different feeds, each with its own HD simulcast stream-

Where is the Discovery Kids Latin America channel available for you to watch?

Something interesting about the channel-

It’s time for you to roll into the channel and get everything on the top so that you can sit back enjoy these shows with your kids. So let’s give you some of the recommendations that are among the list of famous shows.

Doki, commonly known as Doki Adventures, is a Discovery Kids animated children’s television series that first aired on April 15, 2013, in Latin America. Portfolio Entertainment is in charge of the show’s production.

Mundi, Oto, Anabella, Gabi, and Fico, a ten-year-old dog, are members of the Worldwide Expedition Club, a travel club. The series was renewed for a third season on May 12, 2016, which debuted on March 4, 2017, and a fourth season on May 12, 2017. In 2005, Doki was the Latin American mascot for Discovery Kids. Doki was subsequently expanded into a complete series by JBMW Media, with Portfolio Entertainment producing and distributing the show.

Barbie Dreamtopia is a media series created by Mattel Creations and animated by Snowball Studios, an Israeli animation studio focused on toddlers and children aged 5 to 11. Julia Pistor, one of Mattel’s executive producers, devised and produced the show. In this series, Chelsea Roberts and her elder sister, Barbie, journey through their own make-believe world known as Dreamtopia. They find the whole new munchable universe there, swimming with miniature mermaids in rainbow rivers and floating with fairies over cotton candy skies.

The Blues (Jay, Jake, and Jim) and the Hatchlings from The Angry Birds Movie star in Angry Birds Blues, a Finnish computer-animated television series. It was created by Rovio Entertainment and its associated firm Kaiken Entertainment, with animation provided by Bardel Entertainment, in the same manner as the film. The series debuted on Toons.TV on March 10, 2017, and was later continued on the Angry Birds’ official YouTube channel after Toons.TV was shut down.

Peppa Pig is a children’s television show that airs in the United Kingdom on Channel 5 and Nick Jr., in the United States on Nickelodeon/Nick Jr., in Australia on ABC 4 Kids, and in Latin America, including Brazil, on Discovery Kids. Each episode runs for around five minutes. Peppa Pig is a fictional female pig that lives with her family and friends. Each of her companions is a different animal species. Peppa’s friends are her age, whereas Peppa’s younger brother, George, is his. Everyday activities such as going to playgroups, swimming, visiting grandparents and relatives, going to the playground, and riding bikes are frequently included in episodes.

All Hail King Julien is a computer-animated 3D streaming television series from the United States. It features King Julien, Maurice, and Mort from the Madagascar animated film series and takes place in Madagascar before the incidents of the first film, making it a prequel. It’s the second Madagascar-themed DreamWorks Animation program.

The first five 22-minute episodes of the series were broadcast on Netflix on December 19, 2014. On October 16, 2015, Season 2 was released. Season 3 was released on June 17, 2016, Season 4 on 11th November 2016, and Season 5 with the subtitle Exiled was released on May 12, 2017. On December 1, 2017, the fifth and final season was published. Reruns of the sitcom are presently airing on Universal Kids and ABC Me in the United States and Australia, respectively.