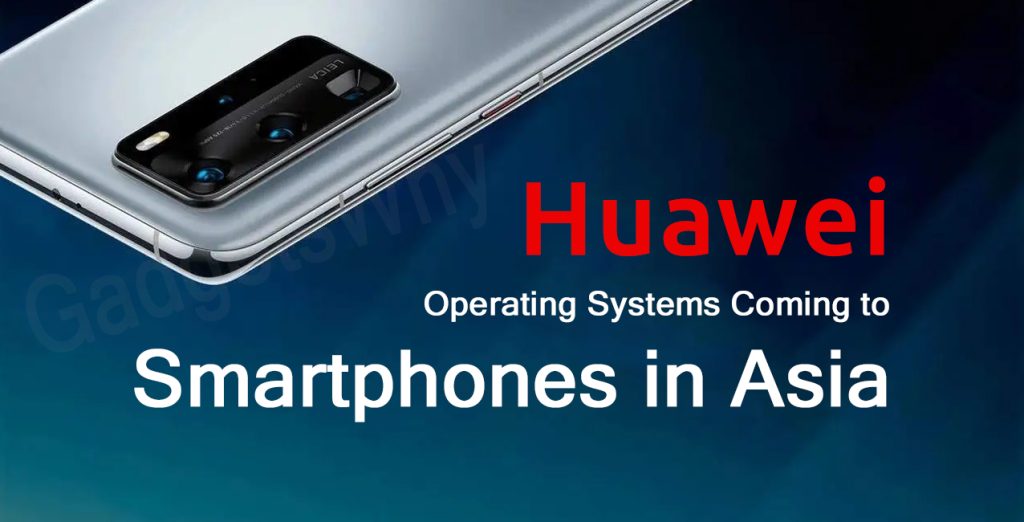 Huawei has become a name that doesn’t need an introduction. The company which primarily started off as a smartphone brand gradually strengthened its prowess. With the present success of their own operating system, Huawei is preparing to debut Harmony OS, a newly created operating system that will be installed in a much larger range of devices, including Huawei smartphones. Let us understand the software and the company’s strategy better.

Huawei developed its own Operating systems which have been widely accepted throughout the globe. It was promoted throughout Asia via a huge conference that was broadcast in advance of its release. Huawei also unveiled a new smartwatch model, tablet, and other accessories, with the emphasis being on showcasing the working of its brand-new operating system across all devices.

Although a particular date is yet to be disclosed, Huawei is preparing for the global rollout of its operating system, Harmony OS. This in turn would make Huawei compete with smartphone giants who have their Operating systems in the market. Why not take a better look at the Harmony OS.

Huawei’s indigenous Operating system has been a venture they have put their heart and soul into. The recent announcement made by Huawei was a benchmark for the company and a milestone in the field of Technology.

Huawei had been working on the Harmony OS since its smartphones were still new to the market. The establishment of the company followed by its massive success gave it the leverage to develop an operating system that is completely Huawei’s: The Harmony OS.

The Harmony OS has a number of features that make it look like it might capture the market. Developers get to work on The Harmony OS to develop Harmony OS friendly apps and softwares. The User Interface and User Experience optimization for the operating system is commendable as well. The efforts that Huawei have put in this venture can be seen clearly.

There have been many instances that show that the basic idea behind Huawei’s development was to expand its reach. Their idea was to develop an ecosystem for its own Operating System. The Harmony OS not only makes it possible to function on non-Huawei phones but also gives developers an option wherein they can further assist in creating a Huawei-Harmony ecosystem.

This comes in light of the fact that Huawei faced certain impositions and had to recover from the same. Last year, the US implemented a trade ban that effectively barred Huawei smartphones from properly integrating with Google’s Android platform by blocking access to vital apps such as Gmail.

However, US President Donald Trump’s trade restriction did not prevent Huawei handsets from using Android altogether, but it did put limitations on their functionality. The smoothness of work, the ease of access all got compromised to a large extent.

This was followed by the global coronavirus pandemic that crippled economies and companies alike. Workers lost their livelihoods, while technology could gaze helplessly.

Developments regarding the Harmony OS

The development of Harmony OS has been intently followed by the tech world. Since Donald Trump’s White House launched an aggressive effort in 2018 to stifle Huawei’s worldwide ambitions, which was viewed as a possible Chinese espionage and cybersecurity threat.

Apart from geopolitics, no firm has yet to successfully challenge the mobile OS duopoly, which is presently dominated by Google’s Android and Apple’s iOS. Amidst these competitors, Huawei seems to have been slowly making its way to the top. Though it may seem too soon to comment but it can not be called less than promising.

Huawei joined Samsung and Apple as one of the top three mobile phone manufacturers in the world, temporarily taking the top spot last year, thanks to Chinese demand and sales in emerging areas. That is exactly how they captured the market and capitalised on it. Since chinese companies that offer a mobile phone package at affordable prices

But the US sanctions, which include cutting the firm off from the global component supply chains, has thrown its mobile phone segment into uncertainty. They are in somewhat a tussle as to how to revive the sales and hence the revenue. A lot of this strategy depends on how well the Harmony OS is accepted.

Being shut off from Android effectively stops Huawei from providing phone users with popular services like Google’s browser, maps, and a variety of other major Android apps. Huawei’s access to the chips needed to make a smartphone has been restricted as well, and its shipments have dropped dramatically in recent quarters.

A better road ahead

However, according to an analyst, the most challenging thing for Huawei currently is for it to convince enough developers to reprogramme their applications so that they are compatible with their brand-new operating system, Harmony OS, so that their customers buy their Harmony OS compatible smartphones.

The road may seem treacherous, but the journey is surely a lot more promising for Huawei. The company is doing what it does best-capitalize on opportunities. It is just a matter of time before Huawei’s Harmony OS becomes the next big thing in the world of smartphones. What are your views on Huawei’s new venture?