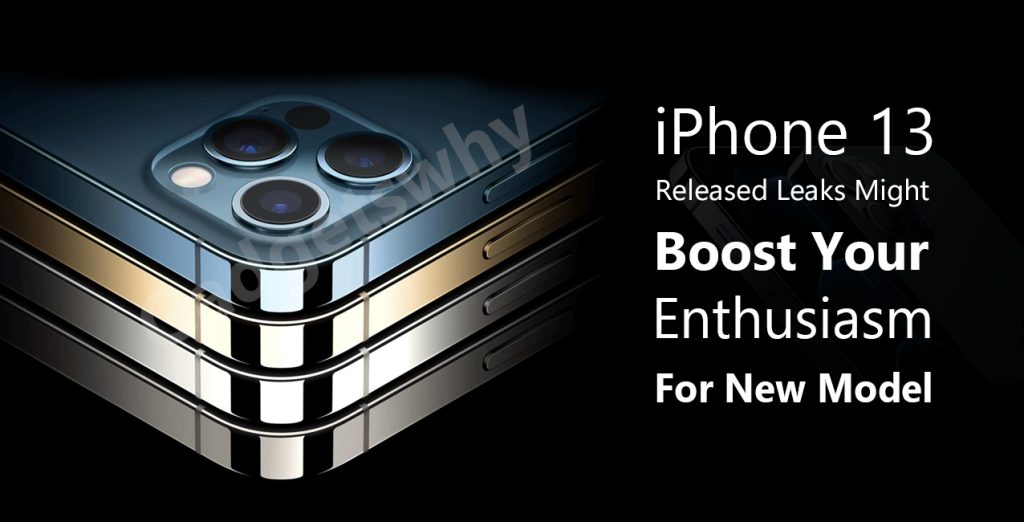 iPhone 13 Released Leaks Might Boost Your Enthusiasm for New Model

Apple iPhone has dominated the smartphone market for a decade now. Each year, users throughout the globe anticipate an announcement or two from the Tycoon. Since late 2020, people have been awaiting announcements or news related to the Apple iPhone 13. Over the years, Apple has built a loyal clientele for its products, especially iPhones. Apple’s iPhone 13 features and specs would make many more individuals interested in the latest addition to Apple’s smartphone line-up. Let’s have a look at all that we know about the latest iPhone 13 news, iPhone 13 price, and iPhone 13 release date.

The Apple iPhone 13 is one of the most anticipated phones of the year. The leaked news and details for the upcoming iPhone can be considered no less than promising. The Apple iPhone 13 features and Specs have quite a several upgrades according

The iPhone 13 Design has certain tweaks which would bring a fresh breeze of air for the tech giants along with the consumers.

If the latest iPhone 13 news is to be believed, we are almost 4 months away from the iPhone 13 release date but the hype is as if it will be launched next week. The iPhone 13 features and specs suggest that the newest version would get a lot of attention. Are you excited about the Apple iPhone 13?