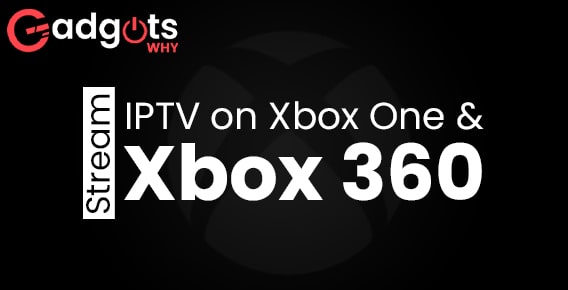 Stream IPTV on Xbox One & Xbox 360 via two quick methods

Xbox users can stream IPTV channels in addition to playing games on this gaming system. On the console itself, you may also view movies, on-demand media, and live and recorded feeds. This post walks you through the process if you’ve ever wanted to test out IPTV on Xbox One &  Xbox 360 gaming consoles.

So, before we continue, what is IPTV? Among those fans of entertainment, Internet Protocol Television, or IPTV, is more common. Due to the usage of an internet connection, it differs from regular TV viewing. You can watch nearly anything by entering the M3U URL, however most IPTVs need a robust internet connection. If you don’t want to pay for your cable or satellite TV providers, IPTVs are also superior choices.

What is amazing about watching IPTV on Xbox One & Xbox 360?

People presume that there must be some significant changes in how IPTV on Xbox works because the Xbox One and Xbox 360 consoles have quite different hardware than typical IPTV boxes. In all practical terms, watching IPTV on an Xbox is the same as watching it on any other device. To get it working, you will initially need to clear a few hurdles, but once you do, it will function flawlessly.

Fortunately, the installation instructions for IPTV on Xbox are provided here. They will walk you through each step required to set up IPTV on your Xbox gaming system.

Despite the number of IPTV players available, it is generally agreed that MyIPTV Player and the more well-known Kodi Media Player are the two IPTV players that Xbox users should choose above the others. Please see our two separate guidelines below for instructions on how to install these on your Xbox system. Remember that while MyIPTV Player is officially supported on the Xbox One, the Kodi Media Player is only officially supported on the Xbox 360. If you own an Xbox One, feel free to download both IPTV players and choose which one you like most for yourself.

On the Xbox One or Xbox 360 video game consoles, IPTV can be streamed in different ways. The steps for using two distinct media players to watch IPTV content are described in the section that follows.

The most well-liked choice among media players is Kodi. It enables Xbox systems to access IPTV channels.

This is a quick guide that includes two ways through which it is possible to watch IPTV on Xbox One &  Xbox 360. Keep this post handy at the time you begin this process. Although there are a few hoops to clear, they are all rather simple and will enable you to use your gaming console as an IPTV box as well.