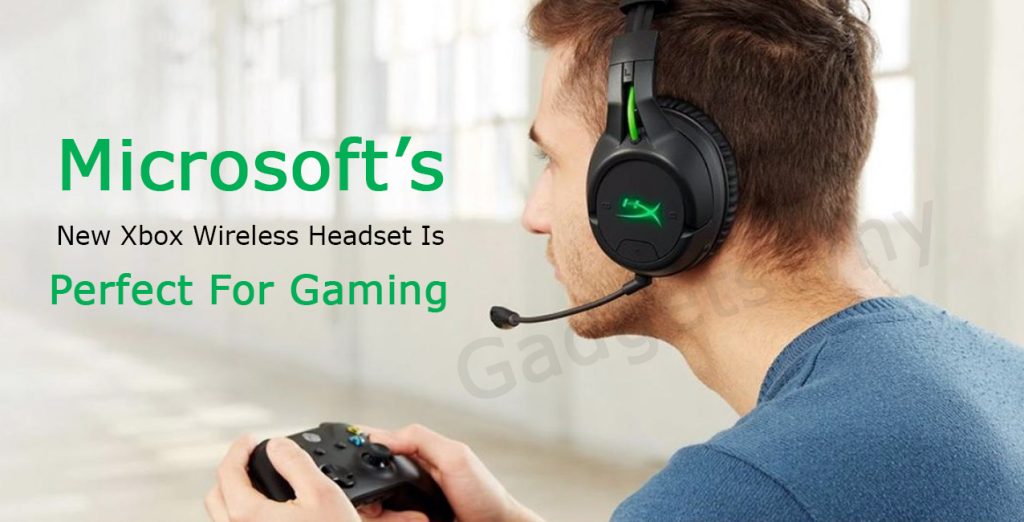 At last, we can say â€śGame loud and clearâ€ť with the new Microsoft’s Xbox Wireless Headset, launched back in the first week of March 2021. This Microsoftâ€™s headphone makes you surrounded with the spatial sounds of upgrading technologies combined with Dolby Atmos, Windows Sonic, and DTS Headphone:X. Apart from all, the device is compatible with the entire Xbox Wireless protocol, which makes it easier to pair with any Xbox One console along with Xbox Series X / S. Itâ€™s also friendly with Bluetooth (version 4.2, SBC codec), and can effortlessly take a call or listen up for audio come through from a phone, or a PC connect from your Xbox console.

The new $99 Xbox Wireless Headset might be on the list of ultimate gaming headset, specially designed for a work-from-home world. The reason being it is instantly pairing to your Xbox and enables you to sync up to your phone or PC while you game. As per the price, Microsoftâ€™s latest headset stands out in a crowd, as it is impressive for a particular number of things. Letâ€™s just start with its design, as it is stellar, why we are saying this, is just because it comes with a logical fit to calm your ears. The companyâ€™s headphone lineup comes with a glossy green detailing around the ear cup dials that is covered in matte black plastic. The little holes in the lower areas between the dials and the faux leather earpads look fantastic nevertheless.

Letâ€™s have a look at the Good and Bad stuff loaded in the Xbox Wireless Headset:

Now the biggest question, â€śIs the Xbox True Wireless Headset Must-Have Device for Gamersâ€ť? Hereâ€™s what you need to know and then decide.

Who itâ€™s for: The Microsoft Wireless Headset is designed only for PC gamers, especially those who love to be around with the Xbox consoles. In terms of affordability, itâ€™s a good-sounding gaming headset that also plays nice with smartphones.

Things you need to know: Microsoftâ€™s original gaming headset is known to deliver impressive audio with a very comfortable design, and this device follows both standards. But out of all, the real standout is that it is able to pair to your Xbox consoles as well as the phone that you use at the same time. This way, you can easily listen to your favorite songs, podcasts, and take calls while still playing your favorite games.

How it is best from others: As we already mentioned in the Xbox Wireless Headset Review section, that the price of the device is just $99. And as compared to its competitors of the same pricing â€“ i.e. Turtle Beach Stealth 600 Gen 2, and the SteelSeries Arctis 1 Wireless Gaming Headset, this only device has Bluetooth for pairing to your console.

A simple, innate design of Microsoftâ€™s new $99 Xbox Wireless headset is inspired by the Xbox Series X console. As we know, the Xbox X device has an unassuming design built to blend your preferences into your home office or gaming den. This all-black headset comes with two rings of green on each ear cup, highlighting for adjusting volume and game chat. The only drawback is that it looks absolutely massive while wearing, possibly itâ€™s not the one that you can wear out in public.

With immersive gaming sound quality, a wonderful comfortable design along with a microphone is waiting for you. The $99 Xbox Wireless Headset is what that you can use, plus it comes with its astounding extra features. But its pairing ability with your Xbox and phone at the same time makes it easy to catch up on podcasts and take calls. Though itâ€™s not the attractive headset available out there, still, itâ€™s fantastic for the Xbox and PC gamers.