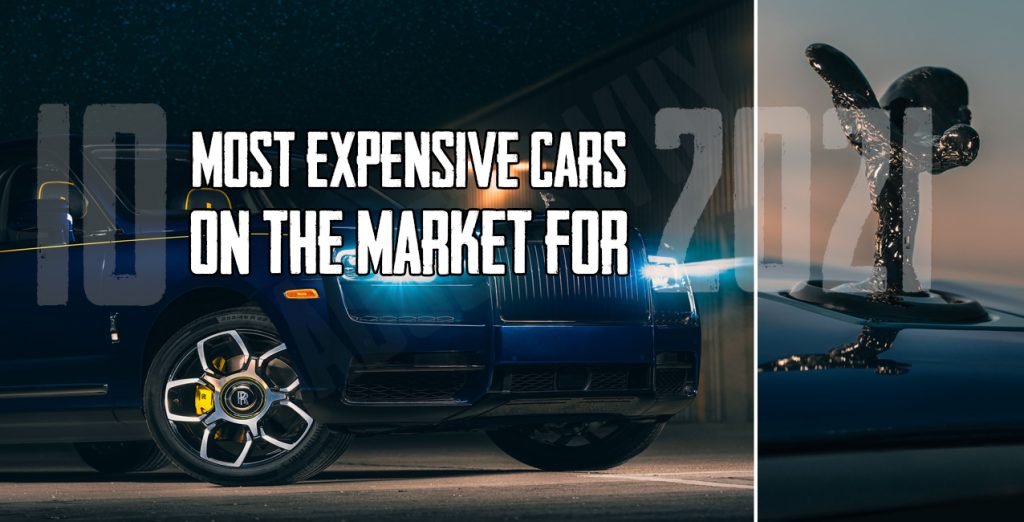 10 Most Expensive and Technologically Advanced Cars in 2023

Home » 10 Most Expensive and Technologically Advanced Cars in 2023

Significant names like Lamborghini, Rolls Royce, and Aston Martin are considered high-priced and limited editions for wealthy collectors. It gets sold out before it reaches the general public. These companies do not put up the prices publicly rather they keep the prices disclosed only to potential buyers. We need to dig whole research before putting up the correct prices of these far-fetched cars. In some cases, when their auction takes place some cars get really high bids which are even beyond the actual price. These incredible cars possess ultimate features along with their astonishing outlook. Another factor which makes these cars expensive is the maintenance. They need expensive maintenance consistently. Let’s find out more about the most expensive cars in the world.

Most Expensive Cars in the World

PAGANI HUAYRA BC is one of the most expensive cars. It costs $2.8 million. It has been named to praise Benny Caiola who is the investor having the unbelievable collection of Ferraris from Italy. He is a very close friend of Horacio Pagani. This car has been an enchant for the Pagani’s details lovers. PAGANI HUAYRA has its debut at Geneva Motor Show in 2016. It has a wide rear track, sidetracks with other amazing features. It has a 6.0 liter V-12 bi-turbo engine is sourced from AMG which produces a horsepower of 790 and 811 lb-ft torque.

The power runs to rear wheels via tripod drive upright crediting of 7-speed Xtrac transmission. BC pinch-hit the Huarya by converting the standard of mode to 150 milliseconds to 75 milliseconds. BC is 2685 pounds which is lighter than the Huarya because of substantial usage of carbon fibers and other materials which are light in weight.

Ferrari Pininfarina Sergio was initially introduced in 2013 as a concept car, It has been considered in the memory of the deceased son of the owner of Pininfarina. It costs $3 million. Only six of these cars have been made till now which has become one of the most convent cars. Sergio is based upon the Ferrari 458 spider. It has an all-carbon-fiber frame and an open-air car along with two-seaters. It features no roof, side windows, and windshield. It is 330 pounds lighter than its predecessor.

It also features a naturally aspirated 4.5 liters F136F V-8 engine, which forward 562 hp to the rear wheels. There are precise details in the interior with aerodynamic headrests build into the roll cage. The manufacturer has chosen the owners of these six models by themselves and they became invite-only vehicles.

The price of Aston martin valkyrie has been estimated by the experts as $3.2 million as the original price hasn’t been announced yet. This model has been considered as a renovation of the old Aston Martin-Red Bull AM-RB 001. The new president is accomplishing solvency and relevance with amazing cars.

It has been built under the new president itself. It has naturally-aspirated V-12 originated especially for the Cosworth that has a 1:1 power /weight ratio. It also features a Rimac-built hybrid system of the battery along with a 1000 horsepower yielding engine. The company has planned only 150 units of this models till now. Further, the price of track-only editions will be anticipated.

This model has been upgraded and enhanced four times since 2005. Along with the fact that this car is the priciest, it is one the fastest cars in the world. It costs nearly $3.4 million.

It has a stunning lacquered carbon-fiber body with a new spoiler package offering new diffusers, a smart cabin with a front grille, side scoops, a shortened hood, etc. It has glowing LED lights everywhere such as headlight, taillight cluster, and the cockpit. It has an engine of 8.0 liter W16. This car can produce 1200 horsepower and 1106 pound-feet of torque. This has been recognized as a car of the decade 2000-2009. It can reach up to 253 mph.

The most astonishing feature of this car is that it has 240 15 carat diamonds on the headlights. It costs $3.4 million. It also has LED blades made up of 420 15 carat diamonds and all the gems are personalized. It is an armored car with scissor doors. It has been featured in Furious 7.

Originally, it has been built for the police of Abu Dhabi for their patrol duty. It is the first supercar in Arab. It has a twin-turbo mid-rear mounted 3.8 liters flat-six boxer that produces 790 horsepower through rear wheels along with 708 pound-feet torque. The speed of Lykan Hypersport can go up to 240 mph.

Mclaren P1 LM is the street version of a track-only edition. It has been transformed by the British firm Lanzante who led the actual McLaren. It costs $3.6 million. This has been made for the customers of the U.S, Japan, and UAE. There are a lot of similarities between the P1 GTR and the legendary McLaren F1. One of the similarities is gold plating around the engine bay with is of 3.8 liters twin-turbo V-8.

It weighs around 132 pounds which is 60 kgs less than P1 GTR. It has an upgraded rear wing and extended front splitter join. It produces nearly 40% increased downforce than P1 GTR. It produces 1000 horsepower. This is precisely a limited edition as only 5 units have been built till now.

It has been built to celebrate the 50th birthday of the company. Veneno originally means poison in Spanish so does the outlook. It looks so sharp and edgy and blows the mind of people.  It has a 6.5 liters V12, along with the seven-speed single-clutch ISR manual transmission.

This car can reach 60 mph in just 2.5 seconds. Its monocoque is inspired by the LP700-4 Aventador and carbon fiber. The entire weight of this carbon fiber is 3285 pounds. These types of cars tend to get sold at crazy prices. This is one of the most expensive cars with its price hitting $11 million. However, the original price structured for this car was $4.5 million. Overall only 9 units have been made till now.

This car got its name after an Italian racing track. The technical details have been released recently by the manufacturer. Twin-turbo 6.0 liters V12 engine made by Mercedes-AMG especially for Pagani. It has a horsepower of 827 and 811 pound-feet of torque.

What makes this car powerful than any other car of the series of Pagani Huayra, is the seven-speed gearbox. It also features a seven-section diffuser, large roof scoop, side skirts, shark fin with integrated spotlights. Active dampers have been installed with the front lift system to keep the car under balance acceleration and braking. It also offers an enhanced Brembo brake package specifically designed [irelli Trofeo tires. Only 5 units have been produced of Pagani Huarya Imola. Each of the units is priced at $5.4 million.

This car has followed the success of Chiron even when Divo has some amazing and exotic features. Bugatti has produced Divo as the most dexterous and advanced car which generates 456 kg downforce at the top speed. It costs nearly $6 million. The only reason for the reduced speed to 236 mph as compared to Chiron is the extra drag produced by aerodynamic elements. It has a horsepower of 1500. It can speed up to 62 mph in just 2.4 seconds.

The difference in the focus of Chiron and Divo is that Chiron focused on top speed whereas Divo focused on dynamic features. It is equipped with enhanced radiator colling brakes that are achieved by 2 major vents.  One of them is installed on the bonnet and the other one is n the front wheel arches. The steering wheel is furnished with soft faux suede. The interior has carbon-fiber trim used in there. The seven-speed dual-clutch transmission has been cherished too.

This car has a staggering fact which is this car is not in the market as it was produced by the recommendation of one customer whose name has not been disclosed. It costs $13 million. In 2016, 4000 Rolls Royce has been manufactured.

This is a two-seater car along with an entirely panoramic sunroof, tapering down sharply on-demand of their customer. The coolest fact about SWEPTAIL is that its interior is handcrafted with wood and leather along with the hidden attache cases for laptops behind every door. The basis of this model is of the 1920s and 30s models. It looks like a yacht from behind. The customer seems to be a saver of super-yacht and private planes.

Here we have listed the most expensive cars in the world. Aren’t these cars just amazing? Just even looking at them gives sheer pleasure. Hope you found this informative as well as amazing.