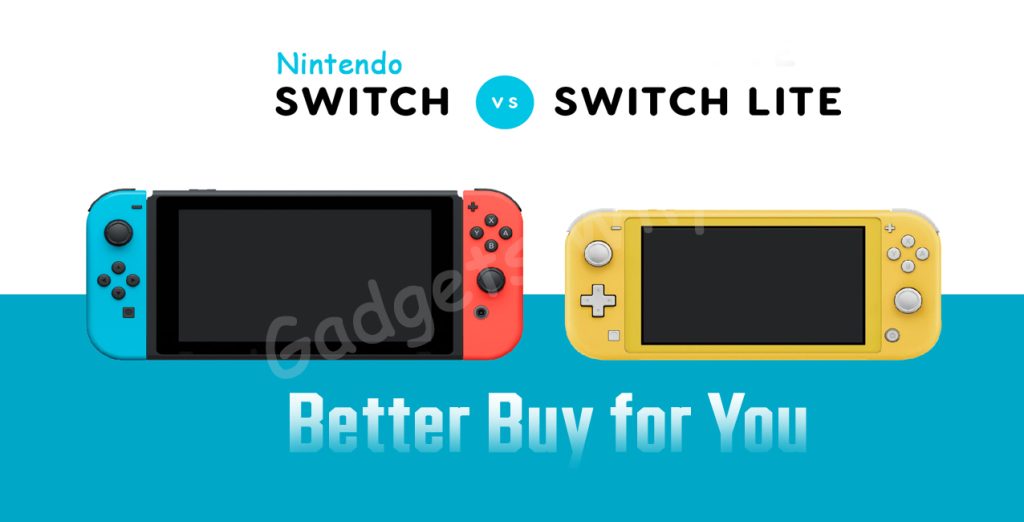 What’s perfect for you: Nintendo Switch or Switch Lite?

Home » What’s perfect for you: Nintendo Switch or Switch Lite?

Nintendo always comes up with new revelation worldwide. Initially, they started off as manufacturing hanafuda playing cards in Kyoto, Japan. Currently, they are putting their characters, imagination, and fascination through video games and similar industries. It was established in 1980 in America and based in Redmond, Wash., owned collectively by Nintendo Co, Ltd. They are accomplishing in delivering best-in-class products and services to their customers and highly putting in their employees, treating them as a family of global Nintendo. Among countless choices for gaming, Nintendo Switch Vs Switch Lite has been one of the toughest yet best choices. However, choosing one from both of them is quite confusing as they are perfect in their own way; it’s all about your preferences. Here is a detailed specification of both of them, choose after acknowledging all the features-

The major similarity between Nintendo Switch and Switch Lite is the controlling and running of games in handheld mode, as Switch Lite only supports handheld mode. They have the same resolution screen; however, the size is not the same. Additionally, they feature the same custom processor Nvidia Tegra.

The major difference is the way of using each switch. The Nintendo Switch can be used in both ways by connecting to TV and as a handheld or stand on a tabletop using its own display while on the other hand Switch Lite can only be used as a handheld.

However, games that do not support handheld, wireless connection with controllers to Switch Lite will work with separate Joy-con but you need to buy a Joy-con changer along to make them work. Switch Lite replaces 4-dimensional buttons on the left Joy-con long with the traditional d-pad.

The consoles of both the switches are similar. The standard switch is a bit bigger due to the larger screen. The Switch Lite is pocket-friendly. The weight of Standard Switch is 400g with Joy-con, whereas Switch Lite is approximately 100g lighter.

The Standard Switch comes in a Grey color version having Blue and Red-colored Joy-cons. There are some uncommon editions of Switch Lite like Animal crossing editions, the matte-finish in pink, turquoise, yellow, and grey along with the version of Pokémon.

Standard Switch has 4.5-9 hours battery backup whereas Switch Lite features 3-7 hours of gameplay. The other thing to be noticed about the console is that older consoles offer worse battery life approximately 2.5 hours.

To conclude the Nintendo Switch Vs Switch Lite rivalry, we would say both hold value in different aspects. In accordance with the friendly budget, the best one for you is Switch Lite. It’s light in weight along with drop-in weight as well. The Joy-con controller doesn’t detach from the console. Apart from that, the left-hand controller of the console has D-pad which many people find useful.

However, Standard Switch comes with extra specialized features which make it out of the box as it runs all the switch games wherein Switch Lite runs games that support handheld mode only, it has a larger screen compared to Switch Lite if you like playing on a bigger screen and amazing graphics then Standard switch is the best fit for you. It features a detachable Joy-con controller as well. In case you’re going with Switch on the go then get the Switch Lite instead- it’s pocket-friendly and has satisfactory battery backup. It’s according to your preferences that both of the Switches offer and what exactly you want in your switch