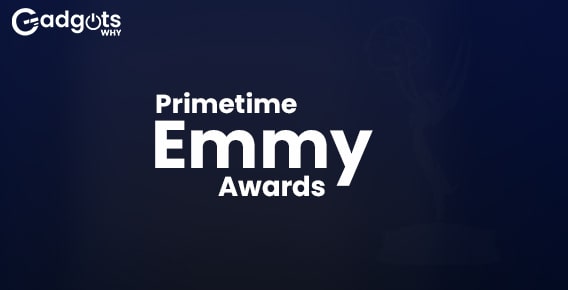 Art, be it in any form, cinema, songs, dance or even paintings should be appreciated for the contribution that they make to society. This can be done at different levels, be it at the house level, region level, state level, national level, or maybe at the international stage. While all the other levels are important, the best and only the best art makes it to the point that it can be appreciated by the judges who have seen arts from all across the globe. One such stage that recognizes and appreciates the best of the best talent is the Emmy awards. They are considered one of the most prestigious awards that a television show can get. In this article, we will tell you how you can watch the Primetime Emmy awards on your own Roku device.

What do we mean by the Emmy Awards?

The awards are presented annually by three intermingled, yet separate, organizations that include the Academy of Television Arts & Sciences (ATAS), the National Academy of Television Arts & Sciences (NATAS), and the International Academy of Television Arts and Sciences (IATAS). All of these three organizations are responsible for presiding over a particular set of Emmy ceremonies held all through the calendar year. The ATAS awarded the Emmy in 1949 for the first time to honor shows that were produced in the Los Angeles area.The Emmy awards became a national event in the 1950s to appreciate and promote programs aired nationwide. In the next two decades, the ATAS, the NATAS, and the IATAS expanded the award further to give credits to other sectors of the TV industry.

Each and every event in the Emmy awards has its own set of rules along with the different award categories. The two events that get the most media coverage and are surrounded with hype are the Primetime Emmy Awards and the Daytime Emmy Awards, which honor the excellent work in American primetime and daytime entertainment programs. Other important Emmy events include the ones that honor national sports programming, national news and documentary shows, and technological and engineering achievements in television. These  include the Primetime Engineering Emmy Awards. The Regional Emmy Awards are also given across the country at different times of the year. These recognize the excellence in local and statewide television. Not only this, the International Emmy Awards celebrate excellence in TV programs that are produced and aired outside the United States in the start.

What are Primetime Emmy Awards?

The Primetime Emmy Awards are given by the Academy of Television Arts & Sciences (ATAS) to recognise the excellent American primetime television programs. This award in itself is divided into categories that include three classes: the regular Primetime Emmy Awards, the Primetime Creative Arts Emmy Awards which honor technical and other similar behind-the-scenes achievements, and the Primetime Engineering Emmy Awards that recognize the significant contributions that have been made to the engineering and technological aspects of television. These were first given out in 1949. These awards were originally called simply the “Emmy Award” till the International Emmy Award and the Daytime Emmy Award were divided as categories in the early 1970s which helped expand the Emmy to other sectors of the TV industry.

The Primetime Emmy Awards are generally aired in the September of every year, on the Sundays before the start of the television season of the fall .

How to Add The Emmys on Roku?

In order to watch the emmy awards on your Roku, you will have to download the emmy app that is easily available on the roku channel store. The process to do the same is rather simple and less time consuming, it can be done by the following method:

How exactly do I watch Primetime Emmy Awards on Roku?