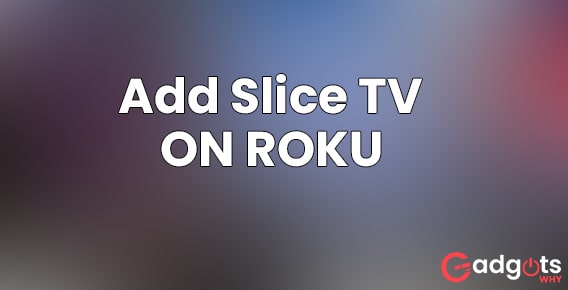 How to add and watch Slice TV on Roku?

Home » How to add and watch Slice TV on Roku?

Fashion as we know it has become a necessary part of the lifestyle of modern women. She wants to stay updated and keep up with the trends being followed by celebrities and other women like herself. When it comes to the Canadian Networks then your best source of everything related to fashion and lifestyle is Slice TV. It is a channel that is exclusively made for women and their lifestyles. If any of this sounds interesting to you so read along as we get into the details of it and how to add and watch SLice TV on Roku devices.

Slice TV is a Canadian English language channel which is owned by Corus Entertainment. The channel majorly features reality shows that target young adult women. Its shows typically deal in subjects such as fashion and lifestyles. The channel initially launched on January 1, 1995, with the name Life Network and was then owned by Atlantis Communications. Atlantis was bought out by Alliance Communications in 1998 and Life Network was renamed Slice on March 5, 2007. In the year 2008, Canwest and Goldman Sachs together bought Alliance Atlantis. The ownership of the channel was eventually sold firstly to Shaw Media in 2010 and after that to Corus Entertainment in April 2016.

In Slice TV, you will be able to watch some of the popular TV series and movies in the whole Canadian nation. These are one of the best out of the ones that are currently airing on television channels, such as Vanderpump Rules, Love It or List It, Face To Face With David, The King of Queens Late Nite Eats, ET Canada, Say Yes to the Dress Canada, Million Dollar Listing Los Angeles, and many others.

Also Read: Check who liked or follows your playlist on Spotify

If you’re thinking about something, then there are high chances that Slice is talking about it.

From the genres of style, beauty, and all of it on the outside, to wellness, ambition, and whatever is on the inside, Slice has got you covered. They keep the viewer keep up with all the updates with daily content that can be inspiring, empowering, and without a doubt, entertaining. Diversity, authenticity, and inclusivity are the principle values that are at the core of what they do. They also intend to amplify emerging Canadian voices.

The most popular show on Slice TV

In this show, the camera has been turned to Vancouver society as the Slice network brings to TV, The Real Housewives of Vancouver. This franchise has a primary focus on primarily rich women who live lives full of the luxuries that you can imagine, be it private jets, private parties. It also reveals a lot of private information that was made public on Bravo in 2006 with the show Real Housewives of Orange County.

How to watch Slice TV on Roku?

How to Watch Slice TV on the VMedia App?

Once you have downloaded the Vmedia app you can use it to watch various channels like the W channel, Slice TV and many others that they have in their kitty. To watch Slice TV, just follow these simple yet effective steps.