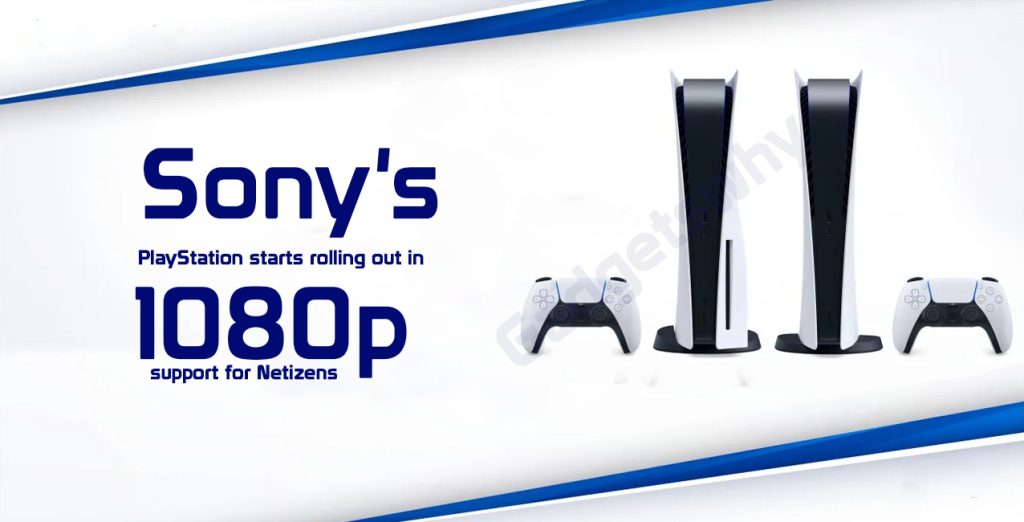 Sony’s PlayStation starts rolling out in 1080p support for Netizens

Starting from this week, Sony is now going to begin rolling out 1080 support for its Playstation Now, cloud streaming service. They have stated on Twitter that, “Sony’s Playstation Starts Rolling Out In 1080 Support For Netizens”. The rollout will occur over the next several weeks across Europe, the US, Canada, and Japan, where PlayStation Now is available”.PlayStation Now is a subscription service that allows its members to stream and downloads a rotating catalog of games on their PS4, PS5, and PC. For your information, there are currently over 800 games in PlayStation Now’s library. Now, out of its 800 games, only around 300 can be directly downloaded onto PS4 or PS5, since you cannot rely on internet speeds and other factors as well, downloading will always provide a more reliable experience to you than streaming a game. Sony’s streaming technology has come a long way, but still, we cannot state that it’s perfect and you will not encounter lag. But thankfully, most of the more popular titles and Sony exclusives are available to download.

This platform’s previous versions left you playing games at 720p, a limitation that meant PlayStation Now was a little step behind competing services like Stadia, where you could stream games at 1080p and also at 4K. Sony has said in a message that the feature is coming to “1080p capable games”.

Trending Now – What is Iron Dome And How is it Helping Israel Against Palestine Attack?

The company has not yet shared its list of what games can be streamed in 1080p, or if the company will allow customers to know which games support the new feature. Now here is one of the biggest differences between Xbox Game Pass and PlayStation Now, is that all Xbox exclusives launch into the service the day they release at retail but the games like we have, Gears 5, and even the upcoming Halo: Infinite release into Game Pass the moment they’re available at stores. It normally includes older games, with the newest additions which are still a few months old. Xbox Game Pass also includes xCloud game streaming that is on Android and access to EA Play titles.

Recently, Sony added Marvel’s Avengers, Borderlands 3, and The Long Dark to PS Now, and many other games are expected throughout the year, so remain in touch. And the one having good internet access, PS Now is a great option in case you want to play a game but don’t want to commit to purchasing it. For those who are PS5 owners, it will be recommended that you should pick up a PlayStation Now membership since it does not offer as much value as Xbox Game Pass, it is a fact that that it grants you access to hundreds of games for just $60/year, which is a great deal, and that also when you are not interested to spend between $30 to $60 on new games. Just the 12-month membership is worth it, according to our research.

If you do not know that, PlayStation Now is a subscription service that offers access to PS4, PS3, and PS2 games, and you should not get it confused with PS Plus, which provides gamers with multiplayer access and on a monthly basis free monthly games, among other benefits as well. Some of the new titles are being added to PS Now every month, making the service simply feel fresh. PS  Now is not like a normal PlayStation Plus subscription, it is mostly a streaming-based service, though some titles can be downloaded for offline play.Some other cloud gaming services already offer 1080p streaming, including Google Stadia and Amazon Luna. Microsoft’s Xbox Cloud Gaming service is also testing 1080p support and should be available to its subscribers very soon.