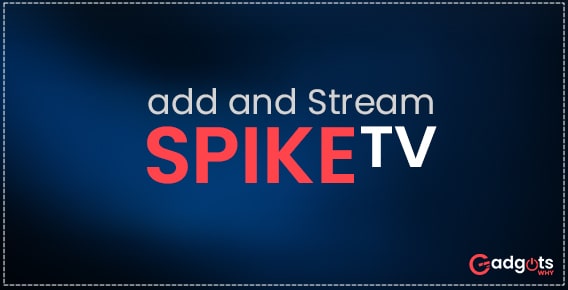 Guide to Add and Stream Spike TV on Roku

Home » Guide to Add and Stream Spike TV on Roku

Spike on Roku, now known as Paramount Network, is your one-stop-shop for all the latest entertainment programming. It used to be more focused on shows about southern American culture, such as country music, variety shows, leisure programming, and motor racing events. However, it now mostly broadcasts lifestyle and entertainment shows. With a subscription to any prominent cable or satellite TV provider, you can effortlessly stream this channel on your Roku. This post will walk you through all of the procedures necessary to install and activate Spike TV on your Roku device so you can enjoy it.

About the Paramount Network (aka Spike TV)

The Nashville Network (TNN) was the first broadcast on March 7, 1983, as a result of a collaboration between radio station WSM and Westinghouse Broadcasting. It began with programming geared toward the Southern United States’ culture, such as country music, entertainment shows, outdoor programming, and motor racing coverage (such as NASCAR). In 1983, the Gaylord Entertainment Company bought TNN. TNN’s music programming was relocated to CMT after Gaylord purchased CMT in 1991, leaving TNN to focus on entertainment and lifestyle content.

TNN rebranded as Spike TV in August 2003, with a focus on young adult males. The network’s programming began to focus more explicitly on the action genre in June 2006, and in 2010, the network shifted its focus to original reality series. In 2015, a final branding was implemented, emphasizing gender-balanced shows (such as Lip Sync Battle) and a return to original scripted programming.

Spike TV rebranded as Paramount Network on January 18, 2018, with the goal of aligning the network with its namesake studio (which had previously contributed its name to the now-defunct United Paramount Network) and positioning it as the company’s “flagship” platform.

Paramount’s intended relaunch as a movie-focused network, which was set to take place in 2021, was ultimately scrapped by the business before it could take place.

Paramount Network reached roughly 80.24 million households in the United States as of September 2018.

Shows on the Paramount Network

On Paramount Network, there are presently 21 shows with entire episodes from previous and current seasons available (including new episodes, which are available 24 hours after the original airing date). The following are examples of current show titles:

You can subscribe to streaming services where Paramount Network is available if you don’t have a cable TV subscription.

The Philo TV platform is accessible for a monthly fee of $25, and this is the only option available. However, I suggest Philo TV because no other provider offers reasonably priced membership plans. So, with a Philo TV subscription, you’ll receive Comedy Central, Food Network, History Channel, and more, as well as Paramount Network.

We hope you found this post useful on how to add Spike TV (which has been rebranded as Paramount Network) on Roku. Only the name has changed; the channels, movies, and service quality have remained unchanged. So, on your Roku TV, add and stream Paramount Network without any hassle!