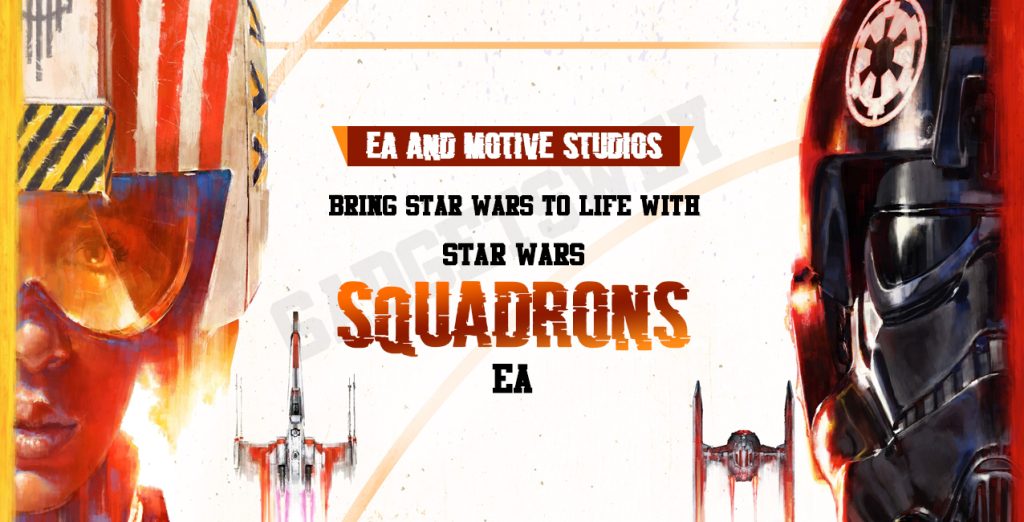 Electronic Arts have been the pioneer in video game development. They have introduced us to some of the most impactful games across various genres. EA has been taking good care of the Star Wars franchise in the gaming world for some time now. The newest edition in the Star Wars gaming Franchise hit stores recently. Star Wars: Squadrons has been well accepted by fans all throughout the globe. The action-packed Star Wars spin-off is a treat for anyone who yearns for gaming and/or Star Wars. So let us explore the world of Star Wars: Squadrons.

Right from FIFA and Cricket games, Electronic Arts has been one of those developers which have been a childhood nirvana for almost all gamers. EA has joined hands with Motive Studios to bring out one of the most awaited Star Wars games. Star Wars: Squadrons is a space combat game which lives up to the franchise’s Box Office reputation pretty well. Fans all over the world have accepted the game with great pleasure. The new gameplay style has also intrigued fans and made EA continue its successful run with the Star Wars franchise.

Add Your Gaming Playlist with the Best Android Games of 2021

Star Wars: Squadrons is the first of its kind when it comes to First Person Space Combat game in the Star Wars Franchise. The players get to play as a starfighter from the Galactic Empire or the New Republic Navy. The players have to manoeuvre a space ship which has a number of features associated with it. As and when the player gains experience there are more power ups and features that can be unlocked. The ships come with shields, weaponry and engines to defeat the opponents. Imperial Starfighters miss out on shield hence have other additions to their so that there is balance.

The player can even unlock weaponry and cosmetic features by gaining experience. Players can check the status of the ship by looking at the instruments through the ship’s cockpit.

The gameplay is majorly class based with both the New republic and the Empire having four classes [Fighter (TIE Fighter for the Empire and X-Wing for the Republic), Interceptor (TIE Interceptor and A-Wing), Bomber (TIE Bomber and Y-Wing), and Support (TIE Reaper and U-Wing)]. An update also added the B-Wing to the bomber class for the New Republic and the TIE Defender for the fighter class of the Galactic Empire.

Star Wars: Squadrons has a captivating storyline. Post the devastation of the planet Alderaan, Darth Vader orders Imperial forces to take down any refugees who escaped the devastation. Commodore Rae Sloane instructs Captain Lindon Javes to lead the Helix Squadron in completing the mission by eliminating refugees at Foster Haven. Upon reaching Foster Haven, Captain Javes turns on his allies and disables their ships in an attempt to save the refugees. A distress call is made to the Rebel Alliance following which Captain Javes sides with the Alliance and offers his knowledge on the Imperial forces to swear his undying fidelity.

Four years later, the Alliance wins the Battle of Endor and Captain Javes assumes command of the New Republic Cruiser Temperance along with its elite fighter squadron, Vanguard Squadron. Assigned to a secret mission called Starhawk, the squadron takes up missions to fulfill the objective of Starhawk.

On the other hand, Imperial Captain Terisa Kerrill is eager to take revenge on Commander Javes. This leads to an attack on the New Republic by the Empire, resulting in huge casualties. The final stand-off involves the player along with the remaining Starhawk ships to re-establish the New Republic.

The Game was made available on PlayStation, Xbox, and PC in October 2020. The game also has cross-platform play enabled. There is also a Virtual Reality version of the same. The ratings and reviews of the game have added to the compliments EA has received for the Star Wars Franchise and it has also opened up avenues for more First Person Star Wars games. How do you think the future of Star Wars First Person games would pan out?