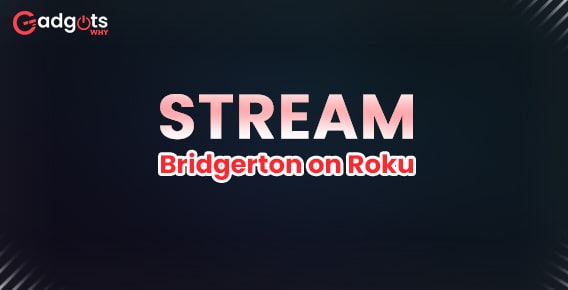 How to Stream Bridgerton on Roku devices?

Home » How to Stream Bridgerton on Roku devices?

Want to watch a fancy period drama series that has more to offer than you can ask? Well, Bridgerton is your answer! This Netflix series is set in Regency-era London and speaks royalty in a powerful, creative language. It involves fancy dances, powerful queens, budding princesses, dramatic twists, and heart-warming romance. The series is definitely for people who are in for all things royal and romantic. So, if you are one then have a look at our guide where we will cover everything about the series and how to stream Bridgerton on Roku. Let’s begin.

Bridgerton is an American historical drama series by Chris Van Dusen and produced by Shonda Rhimes for streaming television. It draws inspiration from Julia Quinn’s books, which are in the competitive world of Regency period London’s ton during the season of debutantes. It’s Rhimes’ first Netflix series.

Bridgerton’s first season premiered on Netflix on December 25, 2020, to positive reviews. With an audience of 82 million households, it became Netflix’s most-watched series at the time of its premiere, and it remains the platform’s second most-watched series by overall watch time. The second season premiered on March 25, 2022, and it quickly rose to the top of the charts in 92 countries, racking up 193 million hours of viewing time in its first three days, the most of any English-language Netflix series. The series was also renewed for a third and fourth season, according to creator Van Dusen, who announced the news on Twitter in April 2021.

The backdrop of the series:

Bridgerton is set in an alternative past with a racially integrated London, where individuals of color are members of the ton, some with titles conferred by the sovereign, unlike the series of books. Bridgerton was shot in London and Bath, as well as several estates and parks around the United Kingdom. Despite the fact that the series is set in London, the majority of the street scenes were shot in Bath, York, and Chatham.

Kris Bowers, an American pianist, and composer created and arranged the series’ music. The first season’s soundtrack, which includes nineteen songs, was Bower’s creation and hard work. During the COVID-19 epidemic, musicians recorded the soundtrack remotely from their home studios. The first season included symphonic versions of modern popular music, inspired by the usage of classic rock songs in the 2001 film A Knight’s Tale, according to director and executive producer Julie Anne Robinson.

Netflix has purchased Shonda Rhimes’ limited prequel series, which will focus on the ascension and love life of a young Queen Charlotte. Along with Betsy Beers and Tom Verica, Rhimes will write the series and act as executive producer.

So, if you are a fan of British royalty or the American romantic era then Bridgerton is an amazing period classic series that you can easily watch on your Roku via Netflix. Let’s see how.

How to stream Bridgerton on Roku via Netflix?

You can easily stream Bridgerton on Roku via Netflix which is an extremely easy process. Follow the steps below to complete the process:

You can now stream Bridgerton on Roku and enjoy the period drama with ease.

What else can you watch on Netflix apart from Bridgerton?

There are an array of shows that you can watch on your Netflix after buying a premium. Some of them are:

So, this is how you can stream Bridgerton on Roku with Netflix along with other television series and shows. It is an extremely easy process. And we hope that with the help of our guide, you can enjoy it with ease.

Q. Is there a Free Trial for Netflix?

A. Netflix, no longer, provides a free trial. To see the new season of “Bridgerton,” you’ll need to subscribe to Netflix for at least one month.

Q. So how does Netflix cost you at the very least?

A. A basic Netflix membership costs $9.99 per month.

Q. How many seasons does Bridgerton has?

A. The series currently has 2 seasons. Shonda Rhimes’ limited prequel series, which will center on the ascent and love life of a young Queen Charlotte, was ordered by Netflix in May 2021.