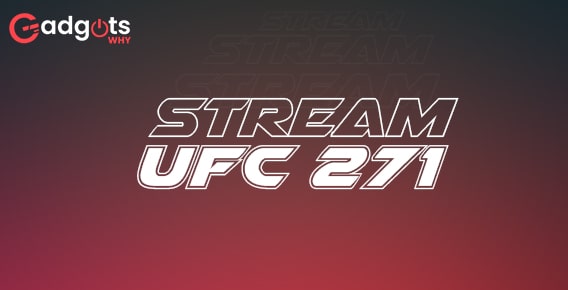 Guide to add and watch UFC 271 on Roku Devices

Home » Guide to add and watch UFC 271 on Roku Devices

Martial Arts, in the past decade, have grown on to become one of the most popular forms of entertainment. It is one with a great amount of thrill and passion where the audience is shown the best of the best moves by wrestlers who come to the ring from different parts of the world and varied backgrounds. One of the best ways of watching martial arts matches is watching UFC. If you too would like to watch the UFC 271 on your big screen and happen to own a Roku then say no more, here we will tell you how to watch UFC 271 on Roku with simple steps.

What is the UFC you ask?

The UFC is one of the biggest displays of Mixed martial arts in the world. It Started in 1993 as a professional mixed martial arts (MMA) organization.  UFC has played a vital role in revolutionizing the fight business and as of now operates as a premium global sports brand, media content company, and one of the largest Pay-Per-View (PPV) event providers across the globe when we are talking about this sport. Talking about the sport, Mixed martial arts (MMA) is a full-contact fighting sport that encompasses a very wide range of techniques and skills that includes a mixture of other combat sports that are used in competition. The rules permit the players to use both striking and grappling techniques while they stand and are on the ground.

Competitions like the UFC bring out athletes from different backgrounds and make them compete while having a fairground. When it comes to UFC 271, it was a match between Adesanya and Whittaker 2. It was a mixed martial arts event that was produced by the Ultimate Fighting Championship. It took place on February 12, 2022, and was the talk of the town. The venue for this fight was chosen to be the Toyota Centre in Houston, Texas, United States.

Alongside the Adesanya vs. Whittaker match, the main card also included all of the following matches:

You can also gain access to the complete card on the official site of UFC.

The price for watching UFC 271 will depend on your earlier subscriptions. If by chance you already are an active ESPN+ subscriber, then you can add UFC 271 for $74.99. Along with this, ESPN also allows you to buy two bundle packages:

How to add UFC on Roku?

You can stream UFC on Roku using the ESPN channel with a valid ESPN+ subscription. So let’s add ESPN+ on Roku.

Steps to watch UFC 271 through ESPN+ subscription on Roku

You would have to make a Pay Per View or PPV purchase in order to watch UFC. Just follow these steps to watch UFC on ESPN+.

Watch UFC outside the United States?

If you love the thrill of watching UFC Live without any spoilers and interruptions but right now you are outside the United States for some reason or the other, you can easily get access to it live with the help of the UFC app. Once you have downloaded the UFC app and have also gone ahead and bought a valid UFC fight pass, you will be able to stream your favorite event on the TV from any corner of the globe.

You will just have to start by searching for the UFC app on your Roku.