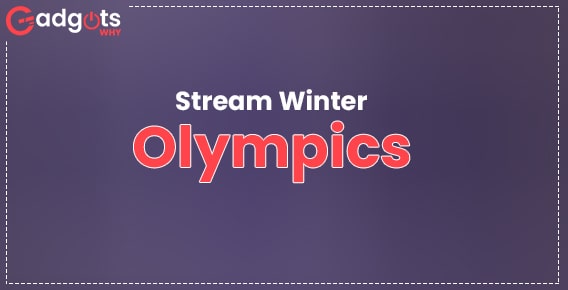 Watching sports is one of the best ways of not only entertaining the audience but also promoting good health by showcasing what the human body is capable of. In the world of the majority of sports, the gold standard is the Olympic Games. These games are watched by people from all over the globe and inspire the athletes inside all of the viewers. If you are also someone who is passionate about sports and would like to watch it on your big screen, then this is the perfect place for you. In this article, we will be covering everything that someone needs to know about the Winter Olympics and how it can be watched on the big screen with ease.

What is the winter Olympics all about?

Olympics as an event is renowned for the high-quality athleticism that is on display in all the different sports. The winter Olympics 2022 was held in the capital of China, Beijing. Beijing was selected as the host city back in the year 2015 in the 128th IOC Session that was held in Kuala Lumpur, Malaysia. This marked the second Olympics held there, and the latest of the three consecutive Olympics that were hosted in East Asia. Beijing previously hosted the 2008 Summer Olympics. Beijing has now become the first city that hosted both the Summer and Winter Olympics. The Games made a new record by hosting 109 events across 15 disciplines. A grand total of 2,871 athletes took part who represented 91 teams in these Games. Haiti and Saudi Arabia made their debut in the Winter Olympics this time.

How to stream the Winter Olympics online?

If you want to watch the winter olympics, you will be able to watch the Winter Games on Peacock, as well as NBCOlympics.com, and also on the NBC Sports app. NBC is the official company that holds broadcasting rights in the U.S. to the Winter Olympics and has ever since 2002.

Peacock’s free experience allows viewers to watch a small but enjoyable amount of Olympics content with advertisements and without a subscription. By getting a subscription to Peacock for an amount of $4.99 a month, viewers would get an ad-free experience with the full NBC broadcast of the Winter Games that includes both the Opening and Closing Ceremonies, coverage of all the Olympic sports, complete replays, highlights, medal ceremonies, documentaries, NBC’s night primetime show, and commentary. Along with all Olympics coverage, as a Peacock subscriber, you will get access to all other live sports, movies, and TV episodes on the platform. You can also avail of a seven-day free trial of Peacock Premium. To get access to Peacock, fans can watch on Roku, Google devices, Apple devices, Chromecast, VIZIO SmartCast TVs, Samsung Smart TVs, LG Smart TVs, and some of the Xboxes.

NBCOlympics.com and the NBC Sports app Live streamed over 2000 hours of coverage from the Winter Games. Viewers can watch all the content from the website or app on desktops, mobile devices, tablets, and connected TVs. Viewers will also be able to live stream some practices and warm-up sessions along with the best of viral moments, interviews, and more.

Other streaming services showing the complete NBC coverage of the Games include the streaming services Sling Blue for an amount of $35 per month, Hulu with Live TV at $35 per month, FuboTV at $65 per month, and Youtube TV for $65 a month. Sling Blue gives you a free 3-day trial, Fubo TV has a 7-day free trial, and Youtube TV is available with a 14-day free trial. If you like to watch your sports through social media apps, then real-time video highlights are constantly shared on the handles NBCOlympics and Olympics on Instagram and Twitter.

How to watch the Olympics with Cable?

NBC is broadcasting the primetime Olympic Games live forecast across all the time zones starting at night at 8 p.m. This forecast is not telecast on Sundays when the broadcast begins at 7 p.m.  If you’re afraid that the constant Olympics forecast would interfere with Super Bowl LVI on Sundays on February 13th then don’t worry. Telecasting from Beijing would start at 8:00 a.m. ET on Super Bowl Sunday and continue streaming until pre-game coverage at 12:00 p.m. The Winter Games will resume again after the Super Bowl game ends.