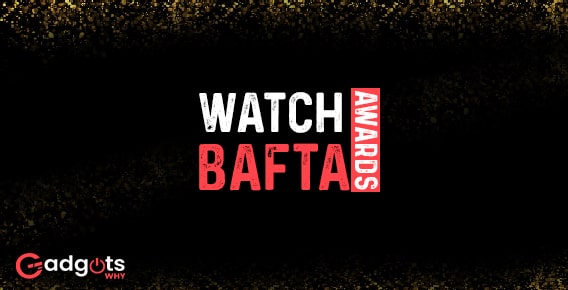 The British Academy of Film and Television Awards, or BAFTA Film Awards, in the United Kingdom’s equivalent of the Academy Awards. The annual televised presentation recognizes the year’s top films and performances. While the awards presentation isn’t as well-known in the United States, the BAFTA Film Awards are an equally important and historic event—albeit a more modest affair—and winning a BAFTA carries a lot of weight in the film business. Of course, the program is more British-centric than its American counterpart, with more nominees going to films made in the United Kingdom and British performers receiving more performance nominations. Hollywood, on the other hand, maintains a strong presence, with six of the last seven BAFTA awards going to American Production Firms. In this post, we will let you know how you may watch BAFTA Awards on your Roku devices. So, without any further ado, let’s begin!

The British Academy of Film and Television Arts (BAFTA) presents the EE British Academy Film Awards or BAFTA Film Awards every year to honor the best British and international contributions to film. The awards were first hosted at London’s landmark Odeon cinema in Leicester Square, before moving to the Royal Opera House in 2008 and 2016. The event has been hosted in the Royal Albert Hall in London since 2017. A theatrical mask is depicted on the monument presented to the winners.

The first BAFTA Awards ceremony took place in 1949, and it was broadcast on the BBC for the first time in 1956, with Vivien Leigh as host. The event was first held in April or May, but it has been held every year since 2001.

How can you watch the BAFTA Awards on Roku?

The BBC America Channel on Roku may be used to watch the BAFTA Awards. The Roku Channel Store has BBC America, which you may add and activate on your device.

The BAFTA Awards are now available for you to stream on your Roku device.

Watch BAFTA awards from anywhere in the world – Here how!

The BAFTAs, unlike the Academy Awards, are not televised on as many networks around the world. There’s a strong chance you don’t have access to streaming or broadcasting services where you reside.

However, you are not doomed to miss the live broadcast of the BAFTA Film Awards. When you use a VPN service, you may connect to servers all over the world and get a local IP address in that location. When it comes to websites and streaming services, you’re truly connecting to the internet from the nation where the server is situated. As a result, you’ll be able to bypass bothersome geographic limitations at award shows and athletic events. VPNs also provide cutting-edge protection against hacking, surveillance, and other hazards that you can encounter when surfing the web.

The steps for using a VPN to watch the BAFTAs online are simple and straightforward:

The fact that a VPN’s servers are situated in the United Kingdom is the most significant need for streaming the BAFTA Film Awards, but that isn’t the only factor to consider while looking for a VPN.

The VPN industry has become very competitive as its popularity has grown, and each service offers a distinct package that caters to certain needs. We believe the three services listed below are among the finest for watching the BAFTAs due to their UK-based servers and high-speed capabilities, which are ideal for streaming HD content.

We hope that you found this article useful and informative. Thanks for reading!