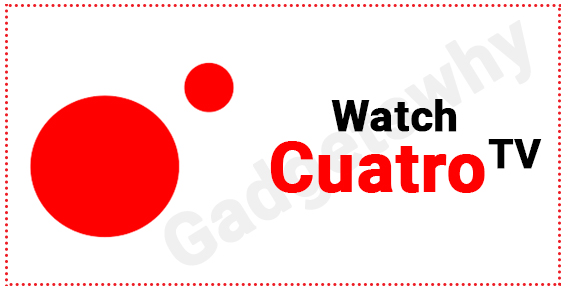 Guide to stream and access Cuatro TV from anywhere (Outside Spain)

How can you watch Cuatro TV from any location? Well, it’s just in your hand. Cuatro is a free-to-air Spanish television station that began broadcasting in November 2005. It is operated on TV frequencies that were originally licensed to former owner Sogecable in 1990 for the analog broadcasting of their pay-per-view channel Canal+. It is owned by Mediaset Espaa, the Spanish arm of the Italian Mediaset company. Supermax,Cuarto milenio, Tulli,  Las Maanas de Cuatro, La Liga, 9-1-1, Siren, SpongeBob SquarePants, and Castle are among the Cuatro shows. In this post, you will learn how to watch Cuatro TV abroad (outside spain).

You do not need to have Mediaset channels synced on your television to enjoy all of their live content. You may accomplish it via the streaming Mitele.es platform, however, it is recommended that you use a VPN. After that, navigate to the Live tab and select ‘’Cuatro TV’’. Simply connect your laptop to your TV via HDMI cable to watch them on your television. You may, on the other hand, use one of the Google channel aggregators to search for the channel you wish to watch live. However, in addition to not being totally legal, you will need to utilize a VPN in this instance.

The processes for recovering shows and series broadcast on a Mediaset channel outside of Spain are likewise quite straightforward. Instead of pressing the Live tab, go to the A la carte area in this scenario. Programs, series, movies, miniseries, sports, documentaries, and instructional content are all divided into categories. The only drawback is that you can’t search for them based on the station they’re broadcast on. It will not be difficult to locate the category of the format you like to see in the list once you have located it. Once inside, you may search through all of the available broadcast shows to choose the one that most interests you, but remember to utilize a VPN. in this way you can watch Cuatro TV from any location and enjoy its supreme library of Spanish content.

Top 2 Admirable shows of this channel

Cuarto milenio is a Spanish network show hosted by journalist Iker Jiménez and journalist Carmen Porter. Since November 2005, the show has been broadcast weekly on television channel Cuatro, making it the station’s oldest ongoing program.

The show covers a wide range of themes, most of which are linked to mystery and enigmas, although it occasionally ventures further afield. History, criminology, astronomy, physics, biology, medicine, psychology, parapsychology, and ufology are only a few instances. Experts from diverse fields, such as psychiatrists, physicists, doctors, historians, anthropologists, criminologists, astronomers, naturalists, authors, or journalists, are frequently invited to participate.

The eight-episode 2012 television miniseries World Without End is based on Ken Follett’s 2007 novel of the same name. It’s a follow-up to the 2010 miniseries The Pillars of the Earth, which was based on a Follett novel as well. The narrative of the English town of Kingsbridge during the beginning of the Hundred Years’ War and the Black Death is told in World Without End, which is set 150 years after The Pillars of the Earth. Cynthia Nixon, Ben Chaplin, Peter Firth, Miranda Richardson, Tom Weston-Jones, and  Charlotte Riley are among the cast members. The narrative and characterizations of the miniseries differ greatly from those of the novel.

You are all covered with the method of how you can access Cuatro TV from any location along with two shows from the library of Cuatro TV.