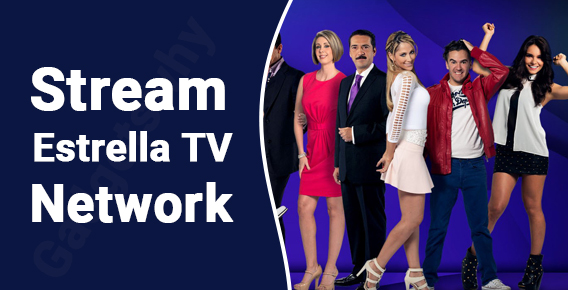 How can I watch and stream Estrella TV Network Online without cable?

Home » How can I watch and stream Estrella TV Network Online without cable?

Estrella TV has been recognized as one of the best Spanish TV networks that you would definitely like to watch. So if you are one of them who wants to watch Estrella TV online then stick with this post. This will clarify where you would be able to access Estrella TV online and how. HPS Investment Partners, LLC’s Estrella Media subsidiary owns Estrella TV. The network primarily airs programming geared at Hispanic and Latino American viewers, the great majority of which are created by the network — a combination of entertainment series, reality television series, drama series, news, sports, and imported Mexican-made feature films.

The programming, production, and advertising activities of Estrella TV are based in Burbank, California, a Los Angeles suburb. Estrella Media CEO Peter Markham oversees the network’s operations, having taken control following the retirement of co-founder Lenard Liberman in October 2019 as part of a business reorganization. In many media markets, the network is available over-the-air on low-power and some full-power broadcast television stations (many of which carry Estrella TV on their digital subchannels), as well as on select cable television providers via a local broadcast affiliate or the network’s default national feed.

Let’s get into the programming of the channel TV first-

How can you watch Estrella TV online?

Yes, as part of their fubo bundle, FuboTV offers Estrella TV. After a 7-day free trial, the service costs $64.99.

Can you watch Estrella TV on DirecTV?

Yes, Estrella TV is included in the DIRECTV STREAM Ultimate plan, which costs $94.99 per month. AT&T TV, which just revamped its streaming service, is now known as DIRECTV STREAM.

Estrella TV may be recorded to a 20-hour Cloud DVR for each DIRECTV Watch member, and up to 20 subscribers can stream at the same time. Amazon Fire TV, Google Chromecast, Roku, Apple TV, Android TV, iPhone/iPad, Mac, Windows, Android Phone/Tablet, LG Smart TV, Sony Smart TV, Samsung Smart TV, and VIZIO Smart TV are just a few of the devices that DIRECTV STREAM supports for streaming Estrella TV. On PlayStation, Xbox, and Nintendo, DIRECTV STREAM is not accessible to stream.

Does AT& T TV include Estrella TV?