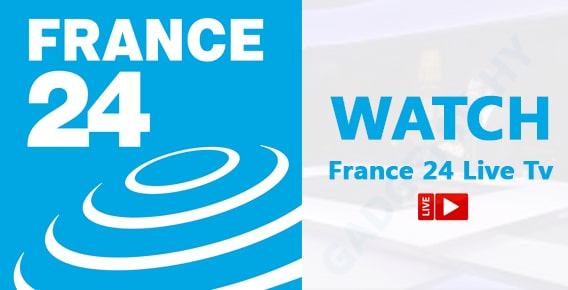 France 24 is an international news television network owned by the French state and is based in Paris.  It is a subsidiary of France Medias Monde Group which includes Radio France Internationale and Monte Carlo Doualiya. The news which the network offers is directed towards audiences that transcend national boundaries, effectively, delivering news in languages such as French, English, Arabic, and Spanish.

Until 2010, France 24 was generally telecasted by pay television networks, however, things changed after the network maneuvered to bring out their own application for iPhones and Androids.  Now, it has become more present than ever with viewers streaming the news through its websites, YouTube, various mobile devices, and digital media players.

You won’t have to look for these streaming services elsewhere now because we have got these uncharted territories covered. Here are the different networks, websites, and applications through which you can stream France 24 live.

In recent years it has become a trend for news outlets to mark their presence on online video streaming platforms such as YouTube owing to the fact that it has more than 2 billion active users. France 24’s English Channel with the appellation France 24 English can also be streamed live through it. With over 1.91 million subscribers, the channel has a pretty good reach and continues to attract many who have a taste for streaming international breaking news and top stories.

If you want a platform where both the reading content and video content are available along with the live streaming feature then, nothing can be better than the official website of France 24. You can also avail of their various news shows such as Access Asia, Across Africa, Banlieue Project, Business Daily, Correspondence, Down to Earth, Encore, Europe Now, Fact or Fake, and many more.

The total number of Television stations that the US has is 1775 with about 5200 cable systems run by 660 operators. These stats in practice means that about 90 percent of the US population has access to cable networks.

It wouldn’t come as a surprise if many companies coming under the garb of Cable networks broadcast France 24. These companies or channels are:

It is highly likely for a news network to have its own mobile application if it is in the possession of a website. The same thing holds true for France 24, as you can now have access to unlimited news bulletins and stories around the world with just a mere touch of your phone. Some people find it cumbersome to access the website, so applications in particular ease up the task of news streaming to a fine extent.

You can stream France 24 through the network of another news agency, which is based in the Netherlands called BNO news. You just have to type in ‘France 24 BNO news’ and it will directly refer to the YouTube link.

The purpose of creating OneoTV was that it brings several TV channels and Radio channels into a conglomerate. It features TV channels from innumerable countries and of course also France 24. While, it may not charge for featuring the news channel, but it may do so if you want to stream other shows as such.

Where not to stream France 24 live

There are certain streaming platforms where France 24 is not available. These include Philo, Fubo TV, Hulu, DIRECTV STREAM, and AT&T TV.

Apart from this, France 24 has its presence on Dailymotion in the form of news clips and feature videos. However, they don’t stream the live 24/7 news.