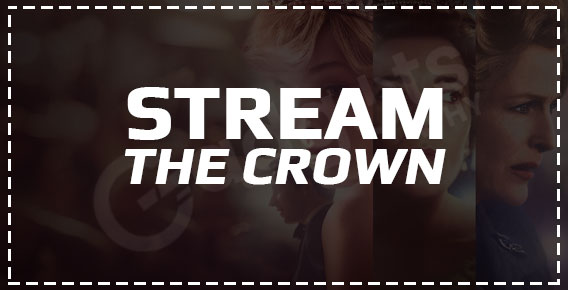 How to Stream The Crown On Roku, FireStick and Apple Tv?

Home » How to Stream The Crown On Roku, FireStick and Apple Tv?

Are you ready for Season 4 of The Crown, the historical drama? With the unmasking of a Soviet spy and the ascent of Prince Charles, the Netflix series promises more surprises. The Crown Season 4 is available on Netflix if you have a Netflix subscription. In this article, we will have a look at how we can stream and watch The Crown on major streaming devices like Roku, Amazon Fire TV, Apple TV, etc, and at the end, we’ll include some FAQs to leave you with no doubts ahead! So, let’s begin.

The Crown is a Netflix historical drama series about Queen Elizabeth II’s reign, conceived and primarily written by Peter Morgan and produced by Left Bank Pictures and Sony Pictures Television. Morgan drew inspiration for it from his drama film The Queen (2006) and, in particular, his stage piece The Audience (2013). The first season spans the years 1947 to 1955, from Elizabeth’s marriage to Philip, Duke of Edinburgh, to her sister Princess Margaret’s breakup with Group Captain Peter Townsend. The second season spans the years 1956 to 1964, from the Suez Crisis to Prime Minister Harold Macmillan’s departure in 1963 and the birth of Prince Edward.

The third season runs from 1964 to 1977, covering Harold Wilson’s two terms as Prime Minister as well as Camilla Shand’s debut. The fourth season covers Margaret Thatcher’s tenure as Prime Minister and Prince Charles’ marriage to Lady Diana Spencer from 1979 to the early 1990s. The series will conclude with the fifth and sixth seasons, which will follow the Queen’s reign into the twenty-first century.

Netflix premiered the first season on November 4, 2016, the second on December 8, 2017, the third on November 17, 2019, and the fourth on November 15, 2020. The fifth season is scheduled to premiere in November 2022. The Crown’s anticipated production budget as of 2020 is $260 million, making it one of the most costly television shows ever produced.

How to watch ‘The Crown’ on your preferred streaming device?

Follow these steps to stream ‘The Crown’ on your Roku device:

Now as Netflix is installed on your Roku device, you are all set to stream ‘The Crown’!

The Netflix app for FireStick is simple to set up and requires little to no work. Half of your work is done because Netflix is available on the Amazon Store. Simply follow these easy steps:

So, that’s how you may install Netflix on your Amazon FireTV/FireStick and watch ‘The Crown’ seasons without interruption!

To get Netflix on your Apple TV, follow these steps:

That’s all! You are all set to stream ‘The Crown’ on your Apple TV, via Netflix!

Q. Is there a fourth season of The Crown on Netflix?

A. Netflix launched the fourth season of The Crown, which depicts the life and reign of Queen Elizabeth II, on November 15, 2020.

Q. Is The Crown available to watch on Amazon Prime Video?

A. Netflix launched the fourth season of The Crown, which depicts the life and reign of Queen Elizabeth II, on November 15, 2020.

Q. On a Fire Stick, how much does Netflix cost?

A. Netflix costs £6.99 per month if you wish to use their streaming services on Amazon FireTV/FireStick.

Q. Why isn’t Netflix available on my Apple TV?

A. If you have an Apple TV HD or Apple TV 4K, simply delete the Netflix app, reinstall it, and log back in. If the problem is limited to the Netflix app and not other apps, this is the simplest and fastest way to resolve it. Otherwise, please contact Netflix for assistance with their app.

Q. Is there going to be a fifth season of The Crown?

A. The critically acclaimed Netflix comedy will return for a fifth season. It will cover the years of John Major’s leadership, the upheaval of Diana and Prince Charles’ marriage, and Diana’s sad death in 1997.

So now that you know how to stream the Crown on your preferred streaming device via Netflix. Go binge-watch all its seasons without any interruption! Thanks for staying with us till the end,  and we’ll see you in the next one!