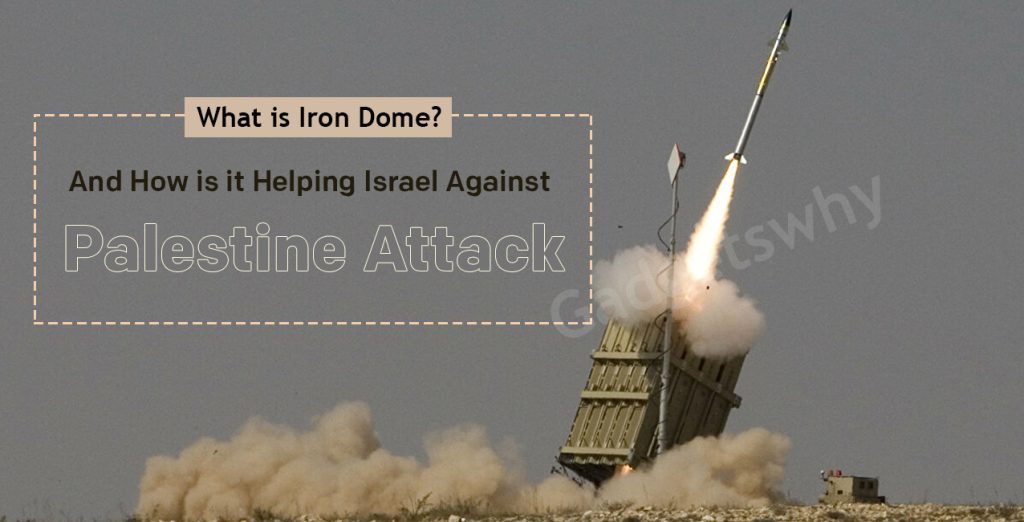 What is Iron Dome And How is it Helping Israel Against Palestine Attack?

Home » What is Iron Dome And How is it Helping Israel Against Palestine Attack?

Ever since the violence between Israel and Palestine has begun, both sides have taken command of airstrikes and rocket attacks. Resulting in hundreds of hazardous rockets have been fired to ruin the human peace from the Gaza Strip. Right on Tuesday, several videos on social media exposed rockets fired from the Gaza strip towards Israel as being intercepted by the Israeli Iron Dome air defense system. Israeli army airstrikes in the Gaza Strip and killed at least 48 people, counting 14 children, as per the Palestinian officials.

On the other hand, the Israeli Army on Wednesday said over 1,050 rockets were fired from the Gaza Strip towards Israel. In this matter, the Israel defense forces (IDF) Spokesperson Hidai Zilberman alleged the Iron Dome air defense system had a seizure rate between 85 and 90 percent of missiles heading toward populated areas. In response to the incident, the IDF launched strikes on 500 targets in the Gaza Strip, aimed to destroy Hamas personnel and weaponry infrastructure.

The ongoing violence affects the escalation of tensions connected to the potential eviction of Palestinian families and access to one of the most blessed sites in the city, known as a key hub for Judaism, Islam, and Christianity.

What is Iron Dome?

Israel’s Iron Dome is a short-range air defense system that includes an accurate radar and Tamir interceptor missiles known to track and neutralize any rockets aimed at Israeli targets. Used for disputing artillery, rockets & mortars (C-RAM) the Israel’s state-run Rafael Advanced Systems has come up with a new air defense system just to protect its cities and people. The Iron Dome was established in 2011, with more than 2,000 interceptions.

Iron Dome depends on a system of radar and works to determine whether a received rocket is a threat, or it only risks hitting a populated area from the incoming rocket.

How Does Israel’s Iron Dome Helping Israel Against Palestine Attack?

Israel’s Iron Dome has three main systems works together to protect the area. It has a tracking radar to identify any incoming threats, along with battle management, which includes a weapon control system and a missile-firing unit. Israeli officials claim that the rockets and artillery are working with a success rate of more than 90%.

Iron Dome has transformed life for many natives during the recent conflicts, which allows a degree of normality in major southern parts of the country that are under the shadow of heavy rocket strikes. As per the officials, once the missile is fired up, it must be able to see the small target on its own and shoot. Once it is passed within ten meters of the specified target, the missile activates and blasts to destroy the target.

How much does the missile cost?

Each unit or battery can cost more than $50 million, and one interceptor Tamir rocket costs around $80,000. In contrast, a skyrocket can cost less than $1,000, while the system dispatches two Tamir missiles to capture each rocket.