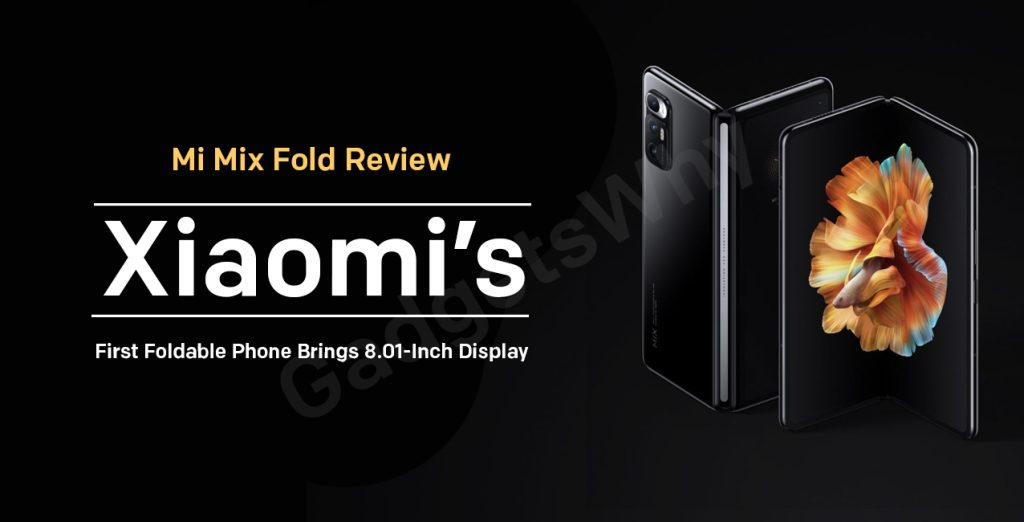 Have you heard about Xiaomi’s first foldable phone that shaken up the roots of its competitors like Samsung? Finally, we can say that Xiaomi’s cutting-edge Mix series roars in the market with the Mi Mix Fold. This time, the company not only launched its first folding phone but also power pack the device with more innovative features – 8.01 OLED panel, liquid lens camera, and so on. Finally, to conclude the overall specs and functions of the smartphone, we came across the detailed Xiaomi Mi Mix Fold Review. Thisreview will solely have a purpose tohelp you out to understand what makes this device stand out in the competition. Without further ado, let’s read the in-depth review.

Xiaomi has showcased and introduced the next-generation flagship mobile Mi Mix Fold. As the name suggests, the new device comes with a flexible display that has come up with a practical advantage over its rival brands. This is because the new Mi Mix Fold features a foldable display that bends inwards and protects the wide-screen from damage. Check theme major Xiaomi’s Mi Mix Fold specs and features.

The Mi Mix Fold features a camera that is kinda similar to the ones with Mi10S and Mi10 Ultra. Meanwhile, the smartphone has come up with three shooters unlike four. The main camera comes with a 108MP, while the second camera is a 13MP ultra-wide and the third one has an 8MP “bionic” camera with liquid lens technology. The company added this fluid technology just to accentuate the image quality of the final output. To help boost camera quality, this time the company is using its own signal processor, which claims to deliver the faster autofocus with auto exposure, and auto white balance.

Butterfly-Type Cooling System Is What You Need To Know

At its core, the Xiaomi Mi Mix Fold has modern-day flagship bonuses thrown into the basket. Herewith the device, you get a Qualcomm Snapdragon 888 5G processor with 16GB of RAM and up to 512GB of storage. Other than this, the device has a generous 5,020mAh battery life with 67W turbocharging support. Additionally, to get the most out of the big foldable screen, this phone comes with four speakers tuned by Harman Kardon.

Other than this, the boasted “butterfly-type” cooling is an addition to the vapour cooling chamber consisting of a “micro airbag” structure that boosts the heat dissipation across the device. While, if you consider the software side, the device comes with Xiaomi’s MIUI 12 comes with a “Desktop Mode” that will boost productivity on the large screen.

Clearly, the Xiaomi Mi Mix Fold review states that it enters the ultra-premium segment with a handful number of features and functions that a majority of users are going to like.