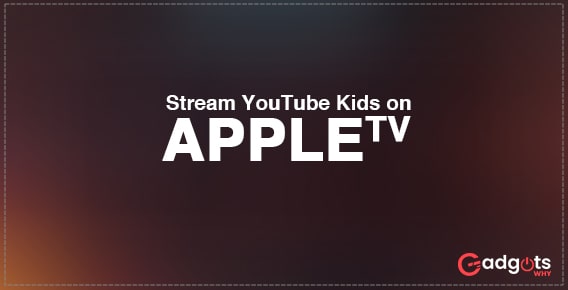 Aside from Hulu, Netflix, and other streaming services, Youtube is one of the most promising. You can connect to a large number of live TV shows or cable networks using this platform. YouTube Kids, a subsidiary of YouTube, was launched on February 15, 2015. The platform is designed specifically for youngsters under the age of 12. You can establish both a parent and a child account on YouTube Kids. Only informative and kid-friendly YouTube videos will be provided. The YouTube Kids app is accessible for smartphones, web browsers, and Apple TV, just like the YouTube app. Is it, however, available on Apple TV and Amazon Fire TV? After reading this guide, you will have no qualms about watching Youtube kids on your Apple TV or Amazon Fire TV. Continue reading to learn more!

YouTube Kids is essentially a distinct version of the internet’s most popular video destination, but it’s geared specifically toward kids. The content available on YouTube Kids is limited to curated, family-friendly videos, channels, and instructive pieces. On the primary homepage, the app’s layout incorporates huge graphics, colorful symbols, and carefully picked launch videos. Within the app, there are five different categories to explore.

There are also functions such as a timer and a search function. The latter function allows users to access YouTube’s main video database, but YouTube Kids filters the results so that your children only see safe content. Adults can also use the service to disable search entirely, set screen time limits, and adjust the volume.

“We’ve heard some parents prefer a personal passcode, rather than a spelled-out code, so we’ve enabled this option to access parental settings,” Google noted. In order to prevent your youngster from seeing unwanted comments, Google has blocked comments on the service. The strategy could also help to avoid cyberbullying.

Concerns about the app’s use of commercial advertising, as well as algorithmic suggestions of videos that may be inappropriate for the app’s target audience, have been raised by advocacy groups, particularly the Campaign for a Commercial-Free Childhood, as the app has been linked to a controversy surrounding disturbing and/or violent videos depicting characters from children’s media franchises. As a result of the backlash, YouTube announced that it will take more strict measures to monitor and filter such films when they are reported by the community, as well as prohibit them from being viewed in the YouTube Kids app.

YouTube Kids has a number of tools and settings that allow parents to curate and control what their children can see.

Get Youtube Kids on your streaming device – Here’s how!

What are some of the concerns that parents have about YouTube Kids?

When the YouTube Kids app was first published, it was promoted to children in the same way that it advertises to other YouTube viewers. Some US-based campaign groups expressed outrage, claiming that youngsters were unable to distinguish between advertisements and video content. As a result, YouTube implemented a bumper time between ads and videos.

YouTube Kids does not gather personal information about children, such as their names, phone numbers, or addresses. It does, however, collect information about what a youngster is watching in order to personalize their recommended video list. The software also gathers information such as what device is being used and which version of the app is being utilized.

The only thing that might irritate you are the advertisements, but you must learn to live with them as soon as possible if you want to access free content. There’s also the option to upgrade to Premium to remove the adverts. Do you have any YouTube videos for kids? Let us know what you think of the service in the comments area below.