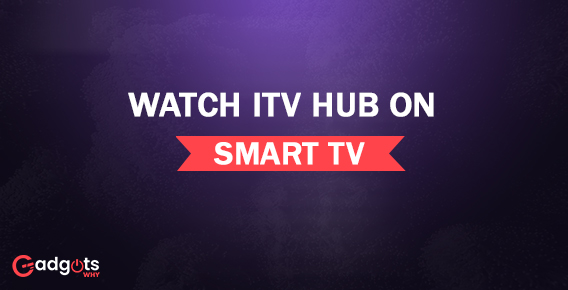 Have you recently purchased an LG or a Samsung Smart TV and are hoping to catch up on your favorite shows on ITV Hub? But, after hours of research, you realize that ITV Hub is nowhere to be found. Well, they could not be there at all! But don’t you worry because we’ve got the perfect solution for you. Stay with us to find out some useful tips to install and watch ITV Hub on LG & Samsung Smart TVs. But first, let us learn a bit about the popular streaming service, ITV Hub, and what all it offers to its audience.

ITV Hub (previously ITV Player) is a video-on-demand service that can be accessed via the main ITV website, itv.com. Across ITV, ITV2, ITV3, ITV4, ITVBe, and CITV, the service delivers a range of programs ranging from original content to acquisitions. Some sports content, such as highlights from the 2010 FIFA World Cup, is accessible to view again via the service. Due to rights concerns, several programs, imports, and movies are presently inaccessible, and most children’s programming, in particular, was previously unavailable.

After their first broadcast on ITV, programs are accessible on the web for 30 days. The service was formerly known as ITV Catch Up, but on December 5, 2008, it was renamed ‘ITV Player’ as part of ITV’s effort to establish a recognizable and consistent brand for video-on-demand programming across the web and television. Before adopting the present name, ITV Player was branded as ITV Net Player and marketed as the ITV Network Player in branding and promotion surrounding programs intended for consumption throughout the UK, such as on Virgin Media.

The app and website were renamed ‘ITV Hub’ on November 23, 2015, when ITV revamped both. The service has a minimum of 30 million registered users as of August 2021. ITV Hub’s catch-up services will be combined into a new streaming service named ITVX in 2022. ITVX will also feature access to Britbox and FAST channels, a Pluto TV-style themed network selection financed by advertising that will include channels dedicated to crime dramas and the 1990s, as well as The Chase and Hell’s Kitchen.

ITV launched ITV Hub+, a premium membership service that allows fans to watch and download episodes without advertisements. Subscribers will continue to have access when in another EU member state, but it will be restricted to catch-up. Due to the United Kingdom’s exit from the European Union, ITV Hub+ was no longer accessible in the EU as of January 1, 2021.

On which television and mobile platforms, can I install and watch ITV Hub?

ITV Hub is available on a variety of platforms. Some of the main television and mobile platforms on which you can Install and Watch ITV Hub are:

Like Channel 4 and Channel 5, ITV does not syndicate its material to other sources such as YouTube and SeeSaw. Although certain ITV shows are available on these platforms, these services have negotiated rights well with production companies, not with ITV. ITV programming was made accessible during the beta launch of the Virgin Media Player. Although Virgin Media has licensed ITV’s archive (a separate service also available on ITV.com under the TV programs section). This service is not presently available on the ITV Player.

Now comes the main part where we will list all the steps that you need to follow in order to install and watch ITV Hub on LG and Samsung Smart TVs. Read further to find out how.

What’s the best way to install ITV Hub on my LG Smart TV?

Note: Check to verify whether your TV has the latest app version before proceeding with the procedures below (or needs updating). Because ITV Hub is now available on various LG 2020 devices.

(Note: Please be aware that with ITV Hub, raising the image size to the full screen seems to be a problem.)

How can I download ITV on my Samsung Smart TV?

Follow the steps below to install ITV Hub on your Samsung Smart TV:

An alternate method to watch ITV on LG and Samsung Smart TV:

If you have a smartphone or tablet, you may be able to project or reflect the screen onto your television. Simply download your preferred app and pick the cast option. This, however, is dependent on the manufacturer of your gadget and the type of your television.

Conclusion: So, that was all about how to install and watch ITV Hub on LG and Samsung Smart TVs. We hope that you enjoyed our content and found it beneficial. Also, please provide your essential inputs in the comment area below.