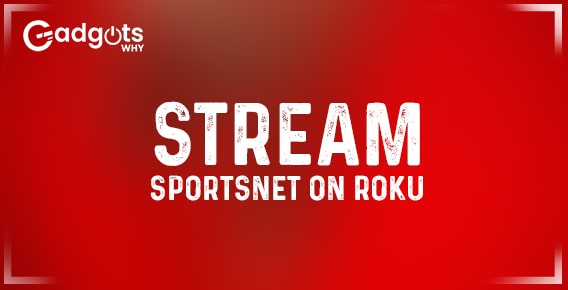 We are huge sports fans, right? However, some people may not have access to a provider that provides them with a complete sports package. They may also want to cut the cord and sign up for a streaming service with a separate subscription. There’s no need to be concerned. There is a streaming service that falls within all of the parameters mentioned previously. It’s Sportsnet on the other end of the line. Sportsnet is a service that allows you to watch sports on TV and online. This article will explain how to get the Sportsnet app on Roku in detail.

Ways to watch Sportsnet on your Roku

Method 1: Use a smartphone to cast Sportsnet to a Roku device.

Handpicked related content: Activate Plenti card in various ways according to your convenience

Method 2: Use a desktop computer to cast Sportsnet to a Roku device (Windows)

Method 3: Use a desktop computer to cast Sportsnet to a Roku device (Mac)

Method 4: Use Airplay on Roku to watch Sportsnet.

Rogers Sports & Media owns Sportsnet, a Canadian English-language sports specialty channel. CTV Sportsnet was founded in 1998 as a joint venture between CTV, Liberty Media, and Rogers Media. Following its 2001 acquisition of competitive network TSN, CTV parent Bell Globemedia was forced to sell its ownership in the network. After purchasing the remaining minority ownership held by Fox, Rogers became the sole owner of Sportsnet in 2004.

The Sportsnet license includes four 24-hour programming services. Sportsnet has first licensed as a category A service by the Canadian Radio-television and Telecommunications Commission (CRTC), and it operated as a group of regional sports networks with programming tailored to each feed’s region (in contrast to TSN, which was licensed at the time to operate as a national sports service and could only offer limited regional opt-outs). Sportsnet has been operating under deregulated category licensing since 2011, allowing it to operate several streams with no limits on alternate programming. Only the local Sportsnet channel is available on analog cable in each region, while digital cable provides access to all four channels nationwide.

The four Sportsnet channels share certain programming and simulcast important national events, but they can also broadcast their own programming, most notably regional programming. The National Hockey League’s national cable rightsholder, Sportsnet, also has regional rights to five of the league’s Canadian franchises.

Since then, the Sportsnet brand has grown to include national channels Sportsnet 360, Sportsnet One (and regional part-time companion channels), and Sportsnet World, as well as Sportsnet Radio stations in Toronto, Vancouver, and Calgary, and Sportsnet Magazine.

In October 2018, the price was reduced to $19.99, annual subscription options were added, and Sportsnet Now+ was introduced, which included additional international soccer and rugby events, as well as out-of-market streaming of regional NHL games for Canadian teams whose rights are owned by Sportsnet.

Amazing features of the Sportsnet app!

That’s all there is to it; the content you want to watch on the Sportsnet app will now appear on your Roku device. To watch Sportsnet on Roku, use this app and follow any of the ways listed above. We hope that these methods work for you. Thank you for taking the time to read this blog!